“I lose my mind amongst your things, but I can’t swim.”

The indie pop quintet from Brighton, Fickle Friends, surely has a bright path ahead of them. Consisting of five friends—Natti Catteh, Sam Morris, Jack Harry, Christopher Hall and Jack Wilson—the band has been attracting attention since they’ve released their track “SWIM” online a couple of years ago, only to gain more traction with their new video for it now. Have a look below!

The song is quite upbeat and has a fun 80s influence to it. Personally, before analyzing a video, I like to watch them without any expectations first. Later, I’d go back and watch it again, focus on the lyrics, and try to match it up with the video. I’m not sure how this habit formed, but I enjoy seeing the comparisons. At a first glance, I thought the video was strange because I couldn’t make sense of what was happening and how it all related to the song. Once I went back, and focused on the message of the track, it started to come together. The video features shots of random couples dragging their significant others around. Those being dragged across floors, stairs, and through doorways all have a blank and miserable expressions on their faces, which makes the whole piece ironically hilarious. Fickle Friends explains, “For those that don’t know, ‘SWIM’ is about feeling like you’re drowning in your partners emotional baggage…and remembering when things were a little more simple. I have a tendency to get over-nostalgic and ‘SWIM’ is exactly that. The video is kind of a metaphorical reflection of the complexity of relationships.” It’s as if the “drag-ees” have become one with the draggers’ baggage, and to see Fickle Friends performing “SWIM” in an empty swimming pool added a nice touch to the theme. Although the song has a darker meaning than how it actually sounds, the video is still enjoyable and colorful. The director cleverly made the video a bit more playful and animated with the slabs of colorful blood/sweat/tears/whatever-that-mysterious-liquid-the-viewer-wants-to-make-of-it coming from those being lugged around.

Fancying what you hear? Check these folks out on Spotify and SoundCloud! Although their UK tour has passed, don’t fret! Our Fickle Friends are coming out with new content and are playing a few festivals this summer for those of you lucky dogs in Germany or the UK. 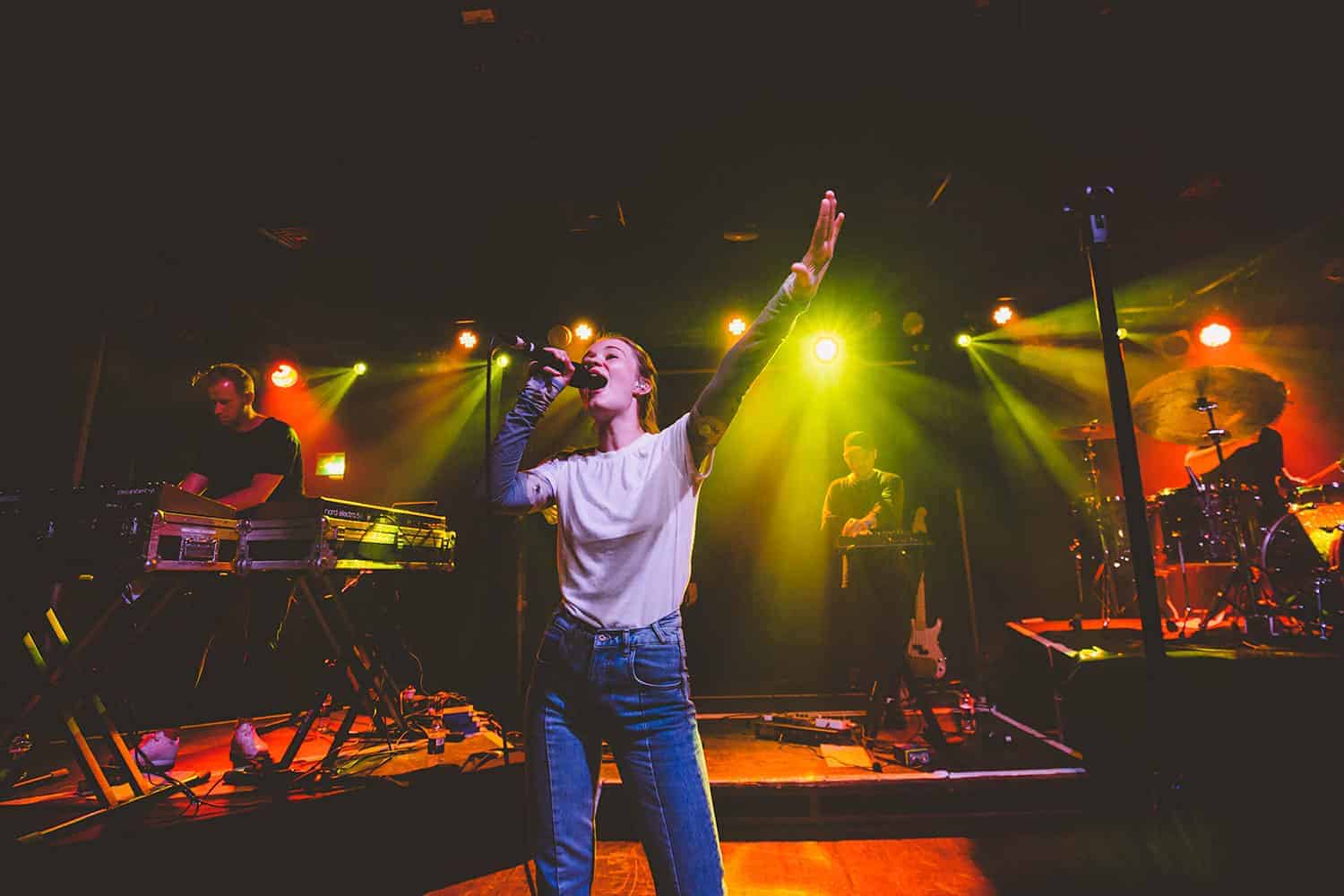 Sigrid plays a sold out crowd at London’s Scala