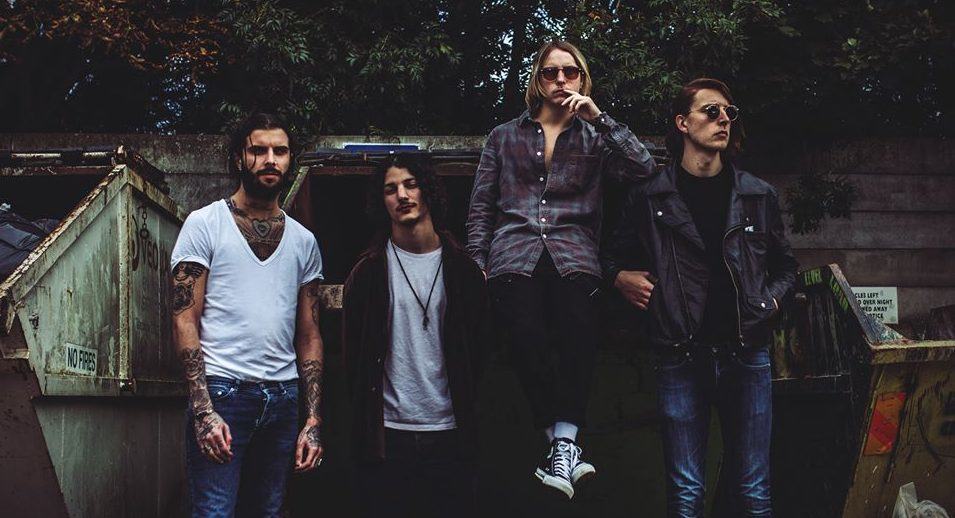 “Underneath the fallen leaves / Not just a band, a family / That they can’t take away from me.”

“You & Me” wastes no time. Power chords come in blaring immediately and the energy does not die down for a second in this extremely catchy tune. Hailing from London, The Hunna is a four-piece band—or, should I say, a four-member family? That is what “You & Me” will have you believe.

Assumptions are downright dangerous, yet I couldn’t help myself. With that title, the first verse, and then the chorus, it sounded like a love story similar to that of Romeo and Juliet: two lovers who were destined to be together, despite what they were told. It turned out to be about the band itself in the second verse—what is that saying about assumptions?

Perhaps this isn’t the quintessential “love song,” but is this not still a song of love? of camaraderie? of a rock-and-roll bandship? Whether or not you’re in the band, this song is inspiring all hell:

“The people sing, they’re listening / And they’ll believe what we could be / And I’m sure they see what I can see…”

The rollicking rhythm, the pop-radio catchiness, and the chorus that just has you itching to sing along all add up for a song that is incredibly infectious. From “You & Me” alone, it’s easy to see that these guys were definitely “meant to be.”

They’re currently touring in the UK and selling out numerous shows. Considering their tickets are selling like hotcakes, check out their tour dates now to see if they’re stopping near you. They’ll reach American soil in June, beginning with Boston on June 12.