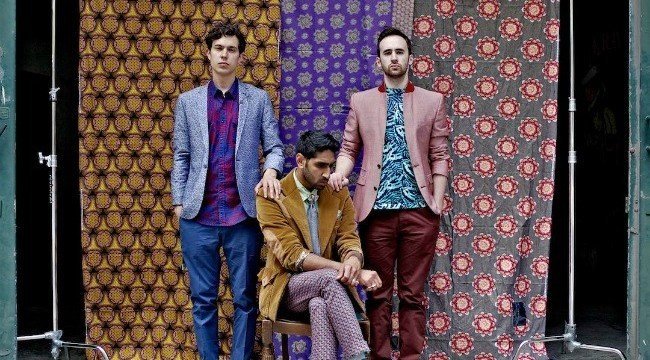 Strong Asian Mothers – Out Of Love

Genre-evading London trio Strong Asian Mothers have lit up the internet once again with “Out Of Love,” the second single from their debut EP The Lynx Africa which drops on May 20th. The track premiered last night courtesy of Huw Stephens and follows in the footsteps of the first cut from the EP, The More That I, with its euphoric blend of hip-hop, R&B, electronic alternative, and big band.

Lyrically speaking, the track evokes the same youthful abandonment as their sound does with longtime friends Kalim Patel, Amer Chadha-Patel and Josh Stadlen explaining: “This song is inspired by the burst of energy that sometimes happens when a relationship ends, and the new found freedom that can come with that. It’s also tinged with doubts about whether it was the right thing to do, or whether you’ve lost something that you won’t find again, but mixed in with a sense of excitement about the next chapter.”

The group’s vibrant blend of styles coupled with their emphatic live shows has had the band making waves on London’s underground gig scene for a while. Now with a string of Communion headline shows under their belt, a debut EP set to drop next month and a string of festival dates already confirmed for summer (Bestival, Secret Garden Party and The Great Escape) Strong Asian Mothers have begun 2016 with a real statement of intent.