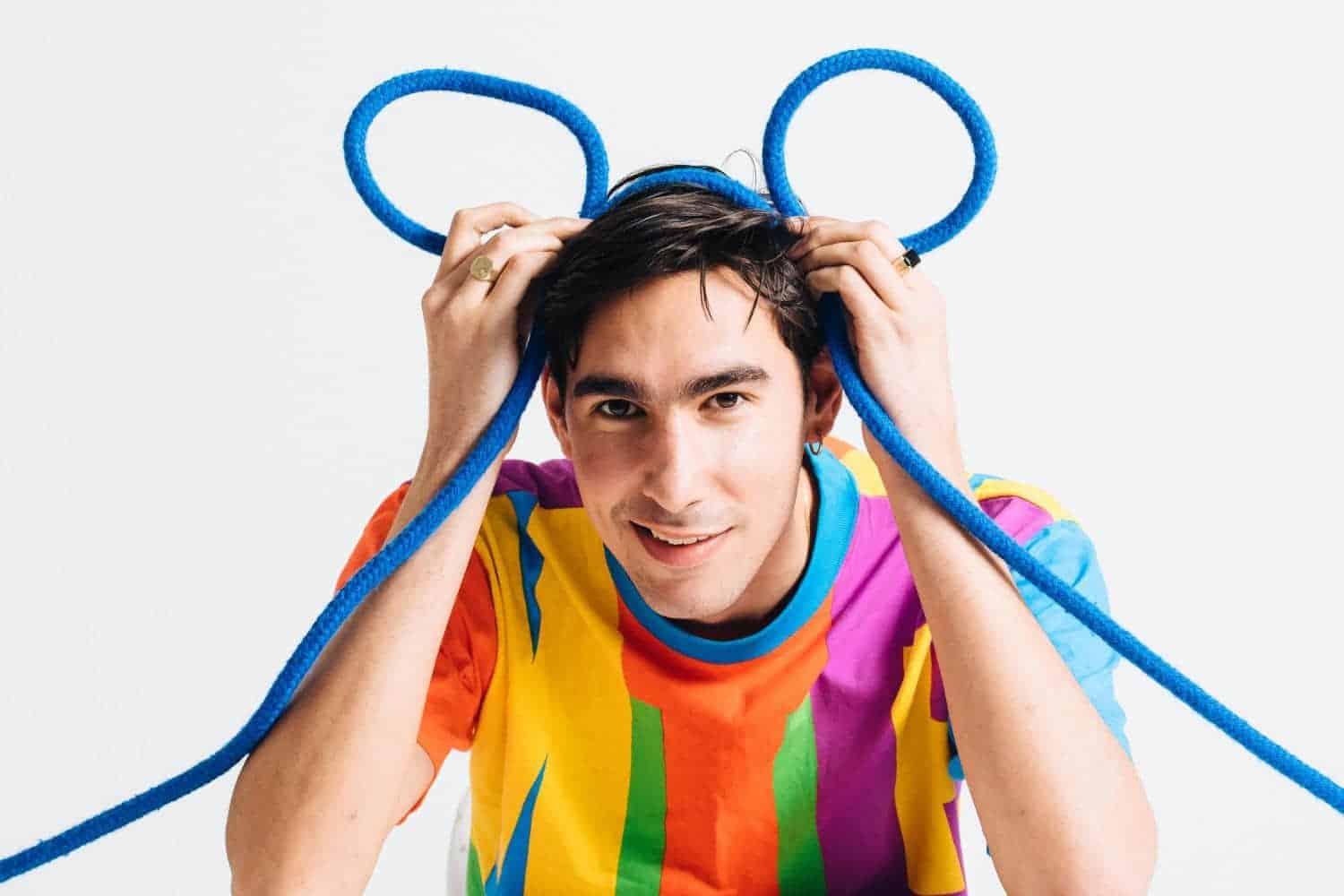 In a modern musical landscape where it’s hip to choose the hardest to Google monikers possible, Oscar is finding every way to make himself stand out among the results. What’s probably the most striking is his deep voice, something that comes as unexpected in the field of pop music, especially pop music such as this, which sounds pretty thoroughly happy. His voice would fit in with an underground gothic band, but he forces it to fit in to bright and cheery sounds even better.

The juxtaposition shows in new single “Good Things,” the lead off of upcoming debut Cut and Paste. It takes Oscar’s steady, almost monotone voice and adds it into a triumphant piece that could break through any sadness.

The song keeps up with the colorful tone that Oscar has built up. It starts off slow, a little rough around the edges, before breaking into a more jovial chorus, throwing out the universal sentiment, “we’re all waiting for good things to happen.”

The message of “Good Things” is simple enough to relate to, but the production is interesting enough that little sounds and beats keep popping up. The tone coincides with its release, giving off the same feeling as springtime imagery.

It’s another strategy that Oscar has taken with his music thus far, taking some of the explosiveness of his previous releases down a notch in favor of a “softer, sweeter, but no less infectious” angle.

“Good Things” is a classic case of those tracks that need a few listens to really grasp. Presented with an off-beat British singer who at first comes across like he can’t truly sing, it’s easy to let something less polished out of your grip. Keep going, though, and you hear someone who truly works with his craft and makes it work for him. The random bells and whistles are what makes music like this so charming, and so much more unique than a lot of other players in the pop industry. And that is why Oscar is garnering attention so quickly. He possesses a unique skill set, and uses it to its full potential.

Oscar’s debut album Cut and Paste will be available May 13th, and he has scheduled a slate of UK tour dates this fall.