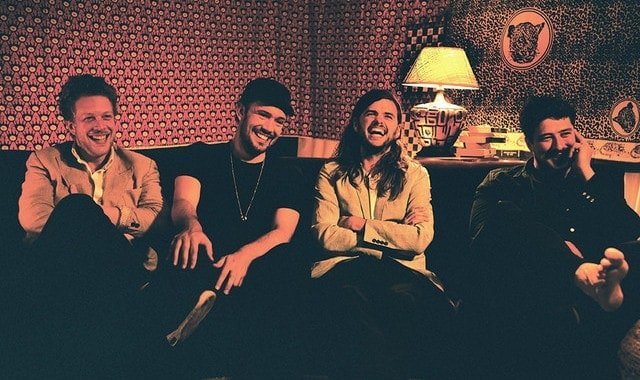 Mumford & Sons – There Will Be Time

Following their latest album Wilder Mind, Mumford & Sons recently announced the release of their new EP Johannesburg, set to be released in full on June 17th. The band discloses that one of their main motives behind making the new EP is their “fear of doing the same thing over and over again.” This new mini-album represents why the came together as a band in the first place: to try new things. Even the band’s bassist, Ted Dwane, says that Mumford & Sons has been “proactive in touring places that most bands often don’t often get to. It keeps [the band] from monotony.”

Each song was recorded in Studio 2 at the Auditorium of the The South African Broadcasting Corporation over two days and two nights. Upon its release in late January, the album’s leading track “There Will Be Time” immediately skyrocketed to number one in South Africa, making it the band’s first number one single. The band have now teased the EP by releasing the full studio version of the recording following the popularity of live recordings on YouTube. The song is an unusual, yet wonderful mix of the hearty folk-rock sound Mumford & Sons is known for and the impassioned, traditional African vocals of Baaba Maal, a Senegalese singer and guitarist. If Mumford & Sons was afraid that they would be producing more of the same material they have been since 2009, they have no more reason to fear.

To me, it kind of sounds like they took inspiration from a few tracks off Paul Simon’s Graceland and truly made both genres of folk-rock and traditional African song come together in an energetic, dynamic piece. Marcus Mumford, the band’s frontman, states that the mini-album was really able to take shape because of Swedish electronic music producer and co-producer of Johannesburg Johan Hugo’s ability to “[marry the] afrobeat rhythms [over] Western songwriting.”

If more of this is to come, then I am excited!

You can pre-order Johannesburg here!