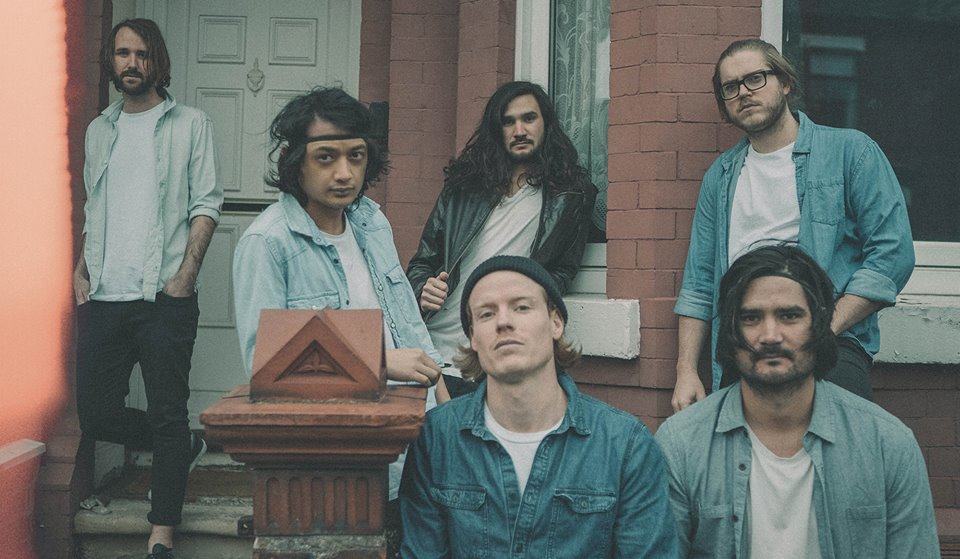 The sexy six-man band, Fairchild, have stolen my heart with their dreamy 80s sound. The Aussie/UK based bunch consists of Adam Lyons (vocals), Nathan Lyons (keyboard), Tim Voeten and Patrick Huerto (guitars), Tommy Davies (bass), and James Alexander (drums). Fairchild have already released three effortlessly cool EPs and multiple singles during their journey as musicians. Their latest single “Neighbourhoods” doesn’t fall far from the “effortlessly cool tree” as it gives off a whimsical and spunky vibe.

Initially, I thought “Neighbourhoods” sounded something like a theme song to your favorite trendy sitcom. It’s a modern tribute to the 80s with the groovy guitar number and dreamy echo-y vocals. Those whimsical guitar riffs can make anyone want to conquer anything. “Neighbourhoods” makes me nostalgic—the warm and fuzzy kind. I came across their teaser video for the song and thought it was hilarious, as it definitely added a certain charm, personality, and character to the song (as if it wasn’t already great enough). Although the track is catchy and fun, the song is actually more of a precautionary message to listeners. Vocalist Adam Lyons says that “Neighbourhoods is a song about a stripper, but really it’s a story about lusting after something you shouldn’t. The narrative follows a character – maybe it’s me – in his pursuit of this woman. There’s no mistaking these lyrics, there’s nothing poetic happening here as such. The song is a warning: be careful what you fall for”. That’s probably one of my favorite things about music—being surprised by the story behind it. Upon discovering the meaning of the song, I thought it was humorous, which quickly turned into “Wow that was refreshing!” because it was so honest. Fairchild cut through the nonsense, and I really appreciated that.

If you’re feelin’ Fairchild, make sure to check them out on SoundCloud and iTunes for the rest of their EPs! For those of you in Manchester and London, Fairchild will be performing on the first week of May so keep your eyes peeled!