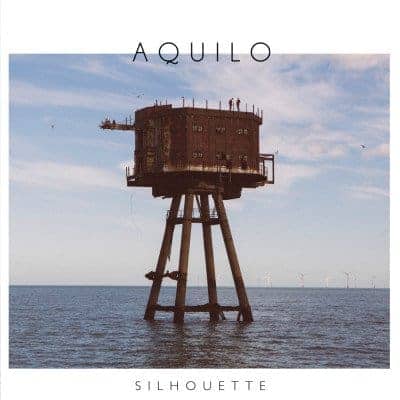 “I can’t remember being nothing but fearless and young. We’ve become echoes, but echoes would fade away. We fall into the dark as we dive under the way.”

English ‘chilled electronic’ duo Aquilo has returned with an all-new single off their upcoming debut album, “Silhouette.” Fresh off a UK tour supporting Oh Wonder, the band have built a fast-growing fan base, selling out shows in San Francisco, LA and New York and gotten over 30 million streams on Spotify. They have certainly set the bar high for themselves and “Silhouette” definitely did not disappoint.

It’s been some time since I last heard a song as hauntingly beautiful as this. The composition on it is absolutely breathtaking. This emotional tune starts off with a mellow piano melody, gradually building up into a large cinematic anthem. As soon as the strings make their entrance, you’ll get the cold shivers. The vocals strike you the moment the song begins, passion-filled, convictive, powerfully soul-stirring. Echoic and captivating, the intense instrumentals seemingly tell a story of distress, before ending off with an explosive orchestral masterpiece.

Admittedly, I have never paid much attention to Aquilo, but after listening to “Silhouette,” it’s hard not to kick myself for missing out thus far. Like many others, I am now heading to social media to hound them for a release date for that debut album.