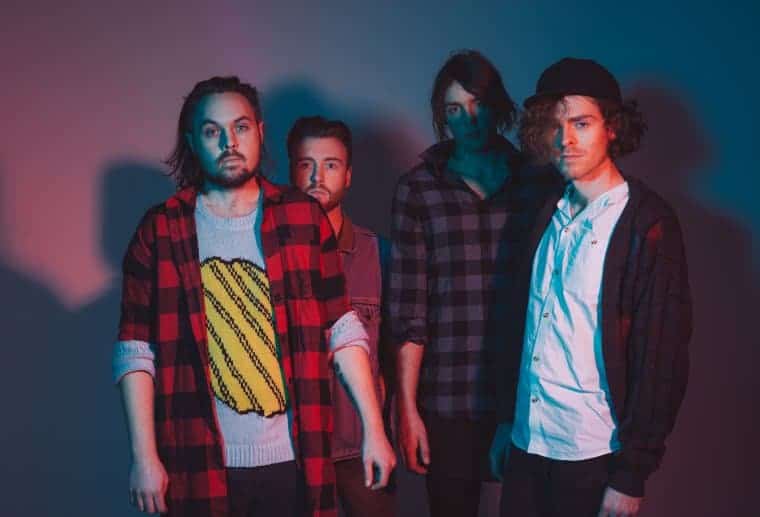 “Welcome to the party”

Dublin quartet Funeral Suits make a triumphant return with bold indietronica offering ‘Tree Of Life.’ The track is the first taste of a new Funeral Suits EP due in the summer and breaks a silence stretching back nearly four years to the release of debut album Lily Of The Valley. ‘Tree Of Life’ is a stark and impactful statement that the band are back and fully charged with substance, vigor and a fresh outlook: “We wrote the new record in an apartment over a busy street, with windows open to sounds of life and the ocean in Brighton. We wrote overlooking a church on a quiet street in Shoreditch, and in cold, noisy industrial warehouses in Hackney and Tottenham. We wrote by the wild Atlantic on the West Coast of Ireland, and in Zen forests in Sweden, on doorsteps talking to strangers, to the rhythm and sights of the world passing by.”

You may remember cult hit ‘All Those Friendly People’ and this new cut is once again a sonic banquet generously packed full of rich crashing symbols, vibrant electronica and Mik McKeogh’s bellowing vocals that continue to battle to remain above the increasingly cacophonous, kaleidoscopic backdrop. On the track itself, the band said, “It’s a reflection on how the beauty in the apparently mundane and routine all around us can be overlooked and unseen. It’s also a reflection on narcissism, delusion and mental well-being in society; and that we can sometimes be blind to the people and world around us.”

The five minute epic is available on iTunes now and is expected to get a video accompaniment courtesy of director Shaun Ryan who previously worked on the video for ‘All Those Friendly People’ that has received over 13 million views to date.