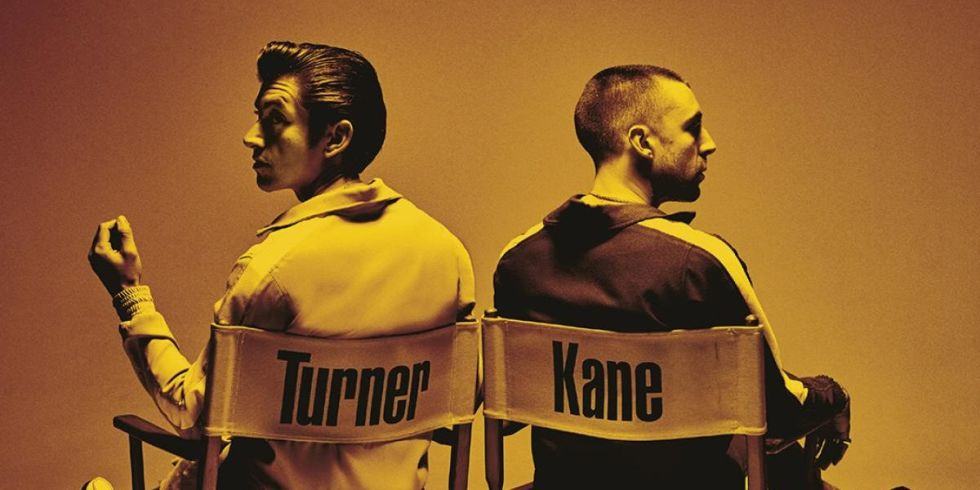 The Last Shadow Puppets – Everything You’ve Come to Expect

A lot has changed since the world last heard from The Last Shadow Puppets. The supergroup, consisting of Arctic Monkeys frontman Alex Turner and Miles Kane of former Rascals fame, has laid dormant for eight years. In that time, Arctic Monkeys released three albums, including their US breakout and BRIT award winner AM. The Rascals rose and fell, and Miles Kane shifted his focus to a solo career. It’s no wonder they took so long to finally reconnect.

The musical reunion has come to fruition in the form of Everything You’ve Come to Expect, an unconventional sophomore album in every sense of the word. It is, perhaps not surprisingly, difficult to come across a Shadow Puppets interview in which the following aren’t a factor: alcohol, fashion, and Turner and Kane’s impeccable way of falling into their own little world. This seems to be the approach that they took with the album as a whole- with seldom a thing to worry about besides each other, they were free to go as wild or remain as reserved as they wanted. The rock moguls have no one to impress but themselves, with more than enough of a track record between the two of them to cement their place in the business.

Visually, the promotional images on Everything look like they jumped out of the 1970s, most notably one shot of the pair in velour tracksuits. And indeed, the lead single Bad Habits exudes the same grungy, underground feeling that draws many aspects of this era to the mind. As for the rest of the album, the similarities with the dark rock’n’roll phase of the 70s more or less ends there. It opens up on a note, literally, that sounds utterly cinematic. This is the beginning of “Aviation,” a song that feels distinctly Puppets while incorporating Turner’s unmistakable crooning. His is a style that is so easily recognizable that it could turn heads in this new context. For only the fact that it leaves on a rather unsatisfying point, like an incomplete sentence, the crafting of this song more than makes up for it in strings and backing vocals, paired with a killer chorus.

While this is a chance to experiment a bit with his exceptional, unique lyricism, there is still something so quintessentially Turner that pulses throughout the entire album. Take “Dracula Teeth” as an example. “The full moon’s glowing yellow and the floorboards creek / c’est horrifique” is not a line that anyone would expect to hear on a Monkeys album, and yet, it makes perfect sense in the context of Turner’s work. Dracula Teeth stands out for its content above all else, with lyrics as spooky as the title may imply. It’s a sultry, seductive spin on the myth we all know and love. The kind of content is what the Turner/Kane partnership has the power of producing.

The album follows with a matching pair of very poetic, beautifully produced songs. The title track includes a rather strange rainy-sound intermission that, in its own way, accents the mood of the track perfectly. In a lush lyrical and string-based landscape, it is certainly a daring choice that pays off. Among the almost nonsensical lyrics is the line “croc skin collar on a diamond dog,” fittingly recalling the eternally influential David Bowie. This takes an interesting turn with “Sweet Dreams, TN.” It’s a slow song, but not in a way that you would immediately think. The backing instrumentation is still as loud and textured as a rock song, with Turner’s voice piercing through to convey the rather blunt lyrics.

The instrumentation and production are really what carry the album beyond this point. The piano in “The Dream Synopsis” is simply perfect, with that gentle little accent to the melody around it that creates a perfect marriage. “She Does The Woods” feels too densely wordy to particularly enjoy until an unexpectedly simple bit of instrumental music towards the end draws a sharp attention, contrasting what is going on in the rest of the song. These kinds of balances are what The Last Shadow Puppets have done so well with on their album.

Alex Turner and Miles Kane have perfected the cultivation of the classic rock star image. It bleeds through to Everything You’ve Come to Expect, which is at times a little retro, a little raunchy, and a lot reminiscent of both their aesthetic. In a bittersweet sort of way, we can only hope that TLSP don’t take another long hiatus following this. While it would be detrimental to their respective projects, there’s no denying that Turner and Kane elevate each other to a certain artistic level when they get together.