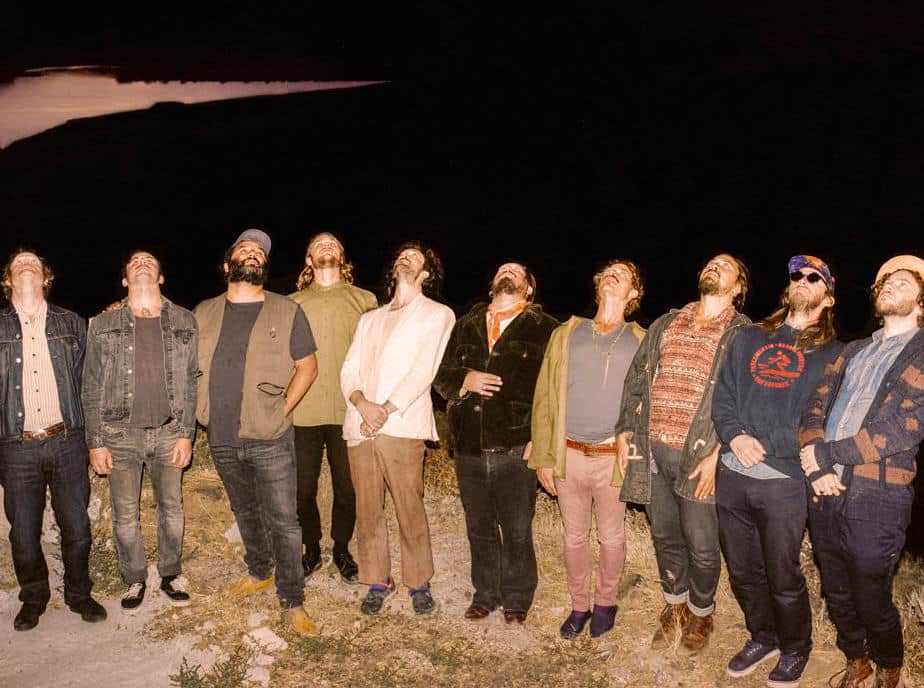 “I don’t trust your looks, honey. You’re too good looking. I’m not sure it counts, you’re too kind.”

Psychedelic folk band Edward Sharpe and the Magnetic Zeros have just released their fourth album, PersonA. With close to 130 million plays on Spotify with their hit “Home,” the band is stranger to only few. Their songs have been featured on several movies and TV shows including Glee, Gossip Girl, Modern Family and What To Expect When You’re Expecting. The 10-piece band continues their amazing musical streak with this new album.

While their previous music featured heavily jovial, sway-sing-along music, PersonA goes a different direction. The album as a whole adopted a more folk/country vibe and had less anthemic duets, probably due to the leaving of founding core member Jade Castrinos.

Kicking off the album is “Hot Coals,” a slow paced acoustic tune that builds up to a cinematic conversation filled with brass and electronic sounds. “Uncomfortable,” the next song from the album, just about lives up to its title. It is an organized music mess, to say the least. Nonetheless, these two songs serve as a good introduction to the new Edward Sharpe sound.

“Somewhere” has a heavy folk-strings and percussion influence. It invokes nostalgia with its similarity in sound to some older melodies from The Beatles. “No Love Like Yours” gives the album with an optimistic touch with its cheery piano melody and buoyant guitar riffs.

“Free Stuff” is one of my favorites off the album. It has a happy-go-lucky stride with its tuba and trumpet backing instrumentals. Somber and emotional, “Perfect Time” incorporates grim string and brass melodies, painting a picture of crying alone in your car. “Lullaby” is exactly what it is. Soothing, gentle and comfortable, I will definitely be adding this to my playlist for late sleepless nights.

Ending off the album is the well-rounded “The Ballad of Yaya.” It perfectly shows off everything the band is about, from folky verses to sing-along choruses to an emotional brass ending, all joined together with Alex Ebert’s convictive vocals.

With this new album, Edward Sharpe and the Magnetic Zeros have proudly shown off their versatility, seemingly unfazed from losing a key member. Listening to the whole album in full is like going on an impressionable journey. We can’t wait to see these tunes come to life when they go on tour. Catch them at a show near you here.