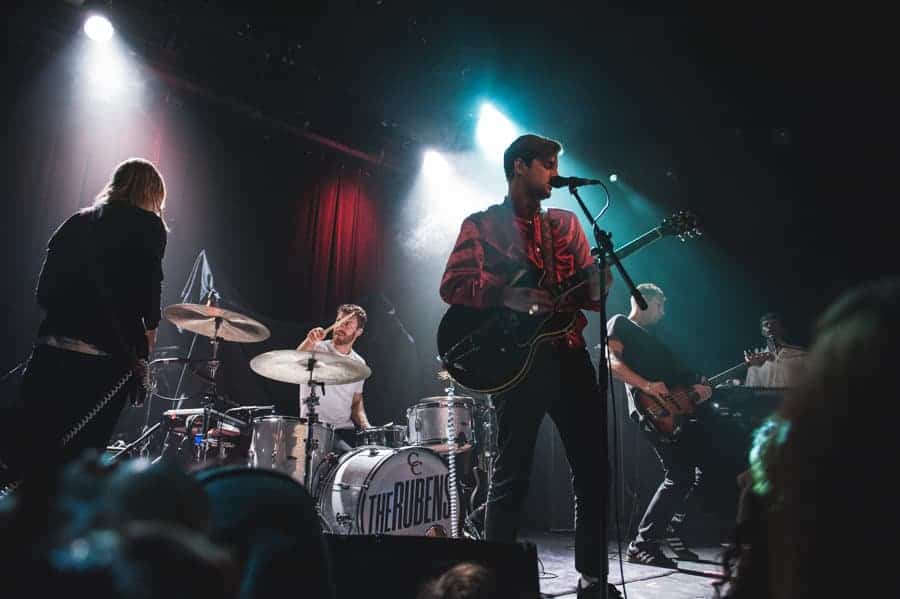 The Rubens – Music Hall of Williamsburg

Opening for The Naked and Famous, and despite still being relatively unknown in the U.S., The Rubens have been busy making big noise across seas that have begun to make small waves here. Fresh off the release of their sophomore album, HOOPS, whose title track has come in at #1 on Australia’s influential national radio network, Triple J, already certified platinum in the same country, and has topped the iTunes Alternative Rock Songs chart.

Acknowledging their unfamiliarity to the crowd, lead singer, Sam Margin, thanked everyone for showing up early and to check out their second album – jokingly adding that we didn’t even know a first one existed. Half of the excitement seeing a band you may not be familiar with is if they can hook you in get you to check out their Spotify playlist when you get home and The Rubens did exactly that at Music Hall of Williamsburg Monday night. Coming on stage, cans of Modelo in hand (nice choice), the group appeared very excited and hyped to begin – Sam having a short laugh with the band before positioning himself at the mic. Starting off the set with their latest single “Hold Me Back,” the crowd progressively began move along, really getting into them around “My Gun” whose rock and organ blues sound accompanied by Sam’s strong vocals, reminded the crowd of a classic rock sound that has been missing over the years. “Cut Me Loose” had an interesting moment where Sam became mobile around the stage, loosing himself in the music, and though it was an exciting song, the crowd didn’t know it so when he pointed the mic at a few front row folks, they didn’t really know how to react. Still Sam had fun with it and so did the crowd. Those that have recently discovered the group and those already fans were truly satisfied when they went into the next song, “Hoops.” The Rubens closed their set with the loud anthemic hooks that are in “Hallelujah” and hoped to see folks next time at their SOLD OUT show at Rockwood Music Hall a couple days later (4/6).