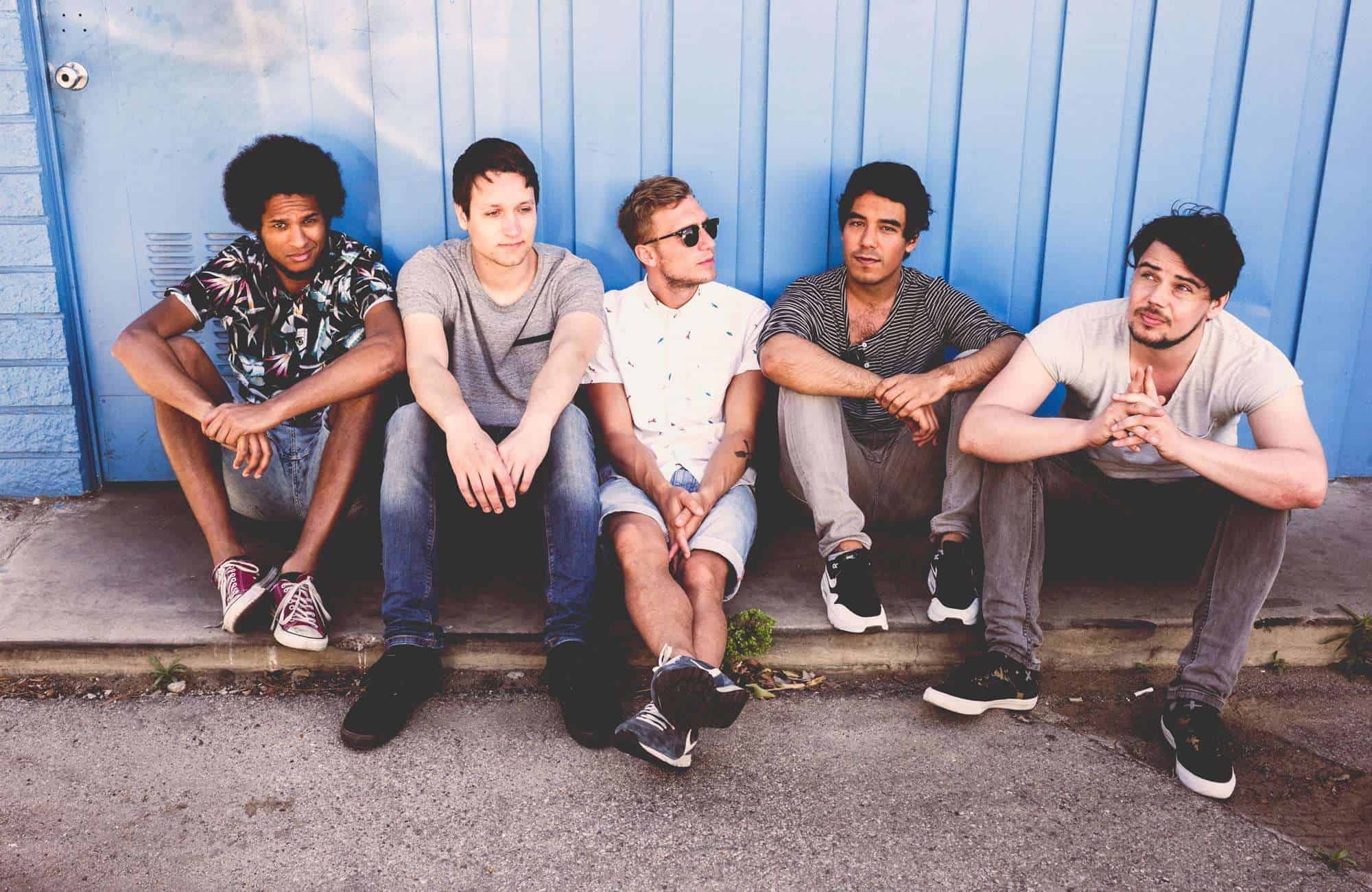 We talked to Wouter Heeren of Chef’Special about how they got their name, what they’re looking forward to on tour with EUPH. favorite, Twenty One Pilots, and their ultimate rider.

How did you guys meet? How’d the name come about?
Jerry and Dub were friends for a long time already, and Jerry knew Joshua from the music scene in Haarlem, our hometown in the Netherlands. Dub, G and Jan knew each other from a conservatory in Rotterdam where they were studying. At that time we were all looking for people to form a new band, and very ambitious to take it as far as possible. We all loved to play a lot of different styles of music and mixing them together in an energetic live show, and to create positive energy and make people dance. Our first tours were along the coasts of France and Spain, where we played at all the surf spots, in return for food and a place to sleep. We built a name for ourselves and more people started to come to our shows. We put out a few singles and our last one, “In Your Arms,” became a hit in the Netherlands, and we released the single along with the self titled EP last year in the United States.

After several months of struggling to come up with a name we decided to have dinner in a restaurant, and not leave before we had one. The waitress came to tell us about the menu, and at the bottom was the “Chef’Special.” We all instantly realized that it was our destiny to go by that name.

How would you describe Chef’Special to someone whose never heard of you? Describe your sound in three words.
That’s a tough question as our musical style combines elements of pop, hiphop, reggae, funk and rock. Our music is mostly subscribed as uplifting.

If you had to recommend one of your songs, which would it be? Why?
That’ a tough question. But we definitely would like people to listen to our single “In Your Arms.” This song has a special meaning to all of us, because Joshua wrote it for his father, who passed away. He had been trying to write something for his dad for a long time, but he was never satisfied with what he made, and after a while he gave up. Until G played him this demo that he made, just one night before the final recording of the album started. That night Joshua wrote the lyrics, and the next day we all agreed the song had something special. It felt sad and hopeful at the same time, and although Joshua wrote it for his dad, it felt like the song could speak to a lot of people in different situations.

Who would you say are some of your major influences? Music or otherwise.
As a band we like to mix a lot of different styles together and we are influenced by a great variety of artists. Some of the artists we like to listen to are: Bob Marley, the Red Hot Chili Peppers, the Fugees, AC/DC, Paul Simon, Tom Waits, the Beatles, Vampire Weekend, G.Love and Special Sauce, and many more. Lately we’ve been making some more electronic production based music for which artists like Skrillex and Major Lazer are an influence. Our major concern is always to write a good song, that should transcend a certain style, and would come across in different settings, acoustic or with full production.

You’re going on tour with Twenty One Pilots soon! What can fans expect from a Chef’Special show?
We always try to put on an energetic and uplifting live show, and build a party together with the audience. We think it’s very important that the audience feels involved with what’s going on stage, and that we generate positive energy together. We are very happy with this opportunity that Twenty One Pilots gave us, and we’ll do our best to show people what Chef’Special is about!

What are some tour essentials?
A good tour bus is very essential. It will be our home for two and a half months so we picked one with great care. We all have the intention to stay fit and healthy so we’ll probably bring running shoes. Probably also some vitamin pills. A laptop to watch tv shows on or work on new music is also very important. For the rest I wouldn’t know, maybe things like enough fresh underwear and clothing for different climate types, as we will be traveling all across the US.

In an ideal world, who would you want to cover one of your songs?
It would be awesome if Major Lazer made a remix of one of our songs. Or a Tom Waits version of “In Your Arms” would also be so great.

What do you think is the one thing that will fill you with euphoria?
A good live show in which we generate positive energy together with the audience is the best feeling in the world to us.

Favorite song or album right now?
Once in a while I rediscover Graceland by Paul Simon. Everything about this album is so good; the music, the lyrics, and the story about how the album came together. I can highly recommend watching the documentary Under African Skies about the process of making this album.

What song do you wish you’d written?
Again a Paul Simon song, called “Still Crazy After All These Years.” The chords and the melody are so good and smart, and the lyrics are relatable to almost everybody, yet  tasteful and poetic.

If you could only eat one food for a month, which would it be?
Probably something like avocados, I heard they have a very complete variety of nutrients in them. They might make you fat though. I wonder if there is any kind of food that is healthy to solely rely on for a month.

Lastly, we love asking this but if you had the celebrity power of Kanye West, what would be on your ultimate rider?
World peace. And probably an unlimited supply of avocados.