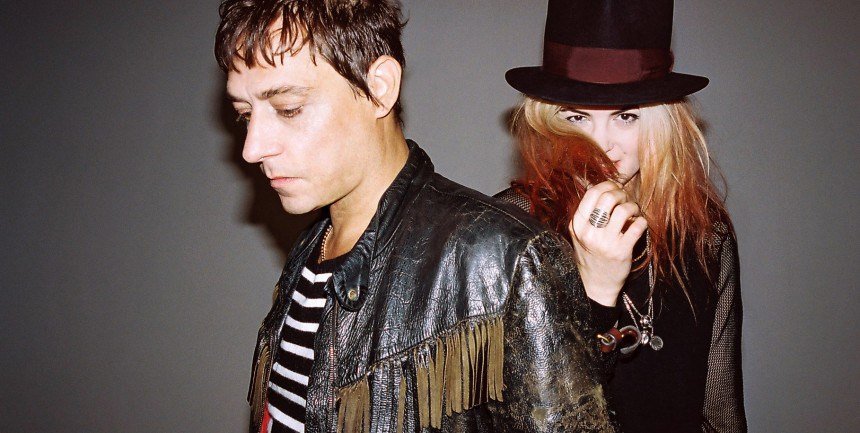 The Kills – Doing It To Death

“Baby, lately, the plans we’re making / Are the shape of things that never come.”

It’s been five years The Kills’ Blood Pressures was released. Since that album, Alison Mosshart—in all her growling, wild glory—released Dodge and Burn with Jack White, Jack Lawrence, and Dean Fertitia, or better known as the “supergroup,” The Dead Weather. And while it was great to get a new Dead Weather record, getting to hear Mosshart howl the way only she can, I yearned to hear her vocals matched with a drum machine and Jamie Hince’s maniacal, fierce, and finger-picked guitar.

Finally, The Kills are set to release their fifth album Ash & Ice on June 3rd. The album’s first single is “Doing It To Death,” and it comes with a strange music video that takes place at a funeral. “Strange” doesn’t do the video justice—surreal or Lynchian, perhaps.

But what’s even stranger than the video is the new sound that the Kills are leaning towards in this track. It has an electronic, synth-like layer above the hip-hop-esque drum beat; along with the clicking, tick-tock rhythm that prevails throughout the song, it sounds oddly similar to “Corporate World” from the Fight Club soundtrack. One can’t help but wonder where the duo has taken their raw, minimal garage sound to on the rest of Ash & Ice—are we going to hear more synth layers mingled with distorted guitar? We’ll have to wait and see.

In the meantime, as we wait for more singles and/or the album release, you can check out their upcoming tour dates for 2016: