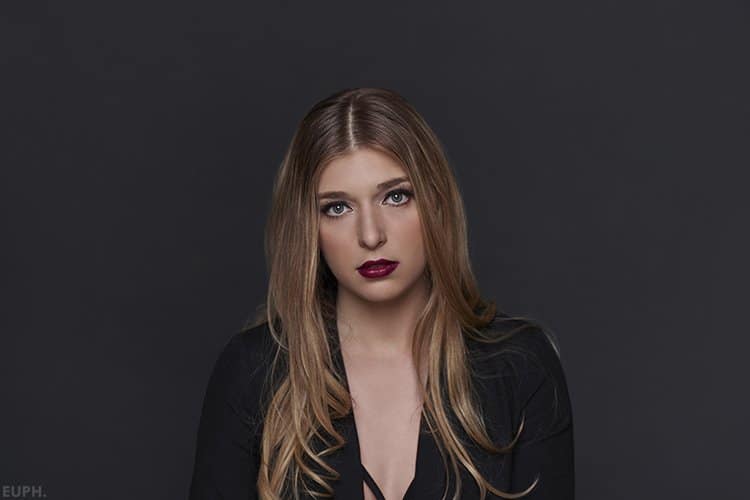 After dropping two great EPs and committing to music full-time, Vérité has truly settled in to her sound. The new single “Underdressed” offers much of what is earning the New York-based singer so much praise. The focal point of “Underdressed” is the strong, otherworldly vocals. They are emphasized with the perfect level of harmonies, adding to the soft texture of the song. There is a very subtle electronic touch to this tune, carrying the listener through its sonic landscape (the producer tapped here is Stefan Graslund, notable for his work with Charli XCX, among others).

The result is a raw, emotional track with lyrics that have a sense of being direct and honest. This is just one of the things that make Vérité’s music so striking. She has a way of creating pop music that is, at its core, about human emotion. “Underdressed” is a refreshing step down from much of Vérité’s speedier, more pop-oriented music. As a relatively new player, she shows that she can be versatile while maintaining a sense of identity.

With a number of examples already out there, Vérité only continues to prove herself as one of the best new talents out there. “Undressed” begins what is sure to be a big year for her.

Be sure to check VÉRITÉ out on tour at the following dates: