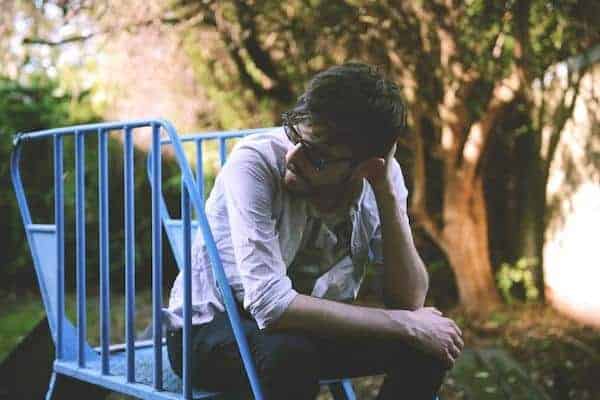 Remember Frank Hamilton? Aside from the adorable “You, Your Cat & Me” (listen here), the one man marketing machine is best well known for his #OneSongAWeek project back in 2012 (yup, that’s 52 songs in 12 months) and then, the following year, recording some of his favourite songs from that project during one rotation of the London Eye for his four-track #LondonEyeEP. He’s now back with another quirky project he’s calling ‘an album.’ That’s right, the singer-songwriter actually appears to be doing things the conventional way for a change!

Following the success of his debut album which peaked at top spot on the iTunes album charts, Frank has announced his return after a lengthy radio-silence being holed up in his bedroom studio. The sophomore record nearly took its name from the environment it was born in with Bedroom Indie making the shortlist but in the end Hamilton settled on the characteristically personable and whimsical Songs To Make Life Slightly Less Awkward. The first taste of the new record is “Lovedrug,” an upbeat number with a groovy guitar bounce and rippling melody. But beneath it all he confronts a dark and tangible issue: “It’s a pop song about addiction which is something most of us have struggled with at times. I’m not talking about tabloid style, headline grabbing addictions like drugs, alcohol and gambling – I’m talking about anything and everything. Love, the internet, Candy Crush, ANYTHING.”

That’s the thing with Frank Hamilton – while Kanye West, the self proclaimed “greatest living rockstar,” is claiming to be $53m in debt and begging Mark Zuckerberg to fund his ‘art’ in order to “make the world a better place,” Frank is sat in his London bedroom with his ukulele, singing understated songs about how addicted to Candy Crush he is and sharing it with his comparatively humble yet hard earned 11,000 Facebook fans. He speaks to people about every day struggles on very basic, relatable terms. What more could you ask for?

‘Lovedrug’ will be released on April 29st with the full album slated for release in June.