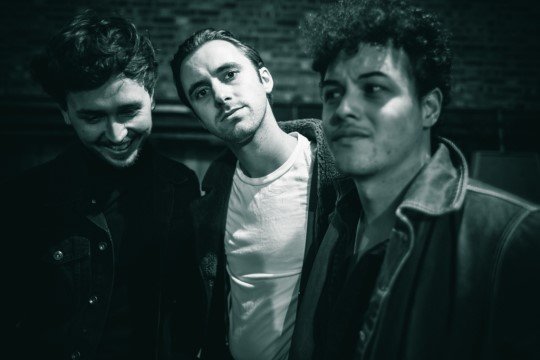 Kent garage rock trio The Bay Rays are bursting onto the scene in style yesterday with debut single “Four Walls” (released via the band’s own label East Wing Records). An insatiable blend of old school rock and roll with a contemporary edge, they’ve been hard at work in the studio with producer Jolyon Thomas (Slaves, Daughter, Willie J Healy) and “Four Walls” is the first track to surface for the sessions. Clocking under two minutes, it is an energetic burst showcasing tight musicianship juxtaposed by the loose thrashing of the drums and unruly vocals.

Having signed to 13 Artists (Arctic Monkeys) and supporting fellow Kent rockers Slaves, the band comprising of Harry Nicoll (vocals/guitar), Maxwell Oakley (drums) and Anthus Davis (bass), have a host of tour dates lined up over the next few months, culminating at The Social in London presented by Radio 1’s Huw Stephens in May. If “Four Walls” is anything to go by, they will be on a few more radars come summer.