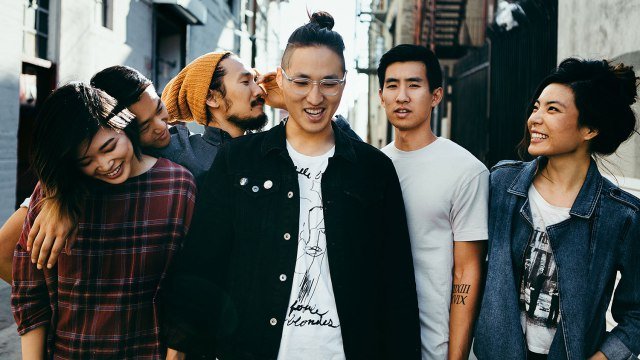 “How much longer must a mother keep her faith? Both her hands are filled with more than she gave.”

Run River North’s much-anticipated second album, Drinking From A Salt Pond, is here! The Korean-American folk-rock band was widely known for their anthemic folk sound, landing them in film soundtracks, on Jimmy Kimmel in 2012 and selling out an increasing number of shows over the years.

Admittedly, after hearing the lead single “Run or Hide” off the album, I was skeptical about their change in sound. However, it eventually grew on me and the more I embraced it, the more I found myself falling in love with their new direction.

Despite the change in sound, the essence of Run River North, which was the encompassing of intense buildups, meaningful lyrics and harmonies, both vocally and instrumentally in their music, is still present.

They have admitted that throughout their time recording Drinking From A Salt Pond, they have had several tiffs over musical directions, some almost breaking the band up, but had to get over in order to move things along. But, with conflict come experiences and lessons and their new sense of maturity definitely shines through in the record. While their debut album encircled around the transition from young adult to adult and addressed their immigrant experiences, Drinking From A Salt Pond talks a little bit more about love and understanding different perspectives.

The LP starts off strong with “Intro (Funeral) Parade,” a dreamy instrumental building up to an upbeat chorus, orientating you to what is about to come. Following that is “29,” their latest single, which is by far one of their catchier tunes. Written in the middle of the night when lead singer and frontman Alex Hwang turned 29, the angsty tune about getting over a bad break up stuns with it’s echoic vocals and catchy chorus.

“Can’t Come Down” may just be one of my favorites off the record. The innovative melody in the pre-choruses as it builds could not be more cohesive and barely an indication for the fervent chorus about to come.

The album then progresses into gentler tunes with “Elam” and “Ghost.” “Elam,” especially, is soothing and mollifying, after all the fierce and energetic rock we had just been through. “Ghost” is one of the catchier ones off the album and features an awesome electric guitar solo.

“Pretender” brings the flow of the album back to a heavier mood. This eerie song sounds fitting for the chase scene in a horror movie and gives me jittery cold shivers. Their ability to invoke these different emotions within me is undeniably a talent. Approaching the end of the album, we have “Anthony” and “David Robinson,” yet two more stunning and infectious tunes. Almost acting like cool downs, the songs carry a carefree, fun and groovy vibe. Ending the whole experience off is a harrowingly beautiful track, “Winter Wind.” Listening to it brings me back to their first album with its raw vocals and chilling acoustics.

As a whole, the album definitely blew me away, sending me on a rollercoaster of emotions. To say it was worth the wait would be an understatement. While no doubt a risky move, their change in style has definitely worked. They stuck to their roots, branched out and prevailed. If anything, it just proves how versatile this band can be. Run River North have just embarked on a US tour, which you can catch here.