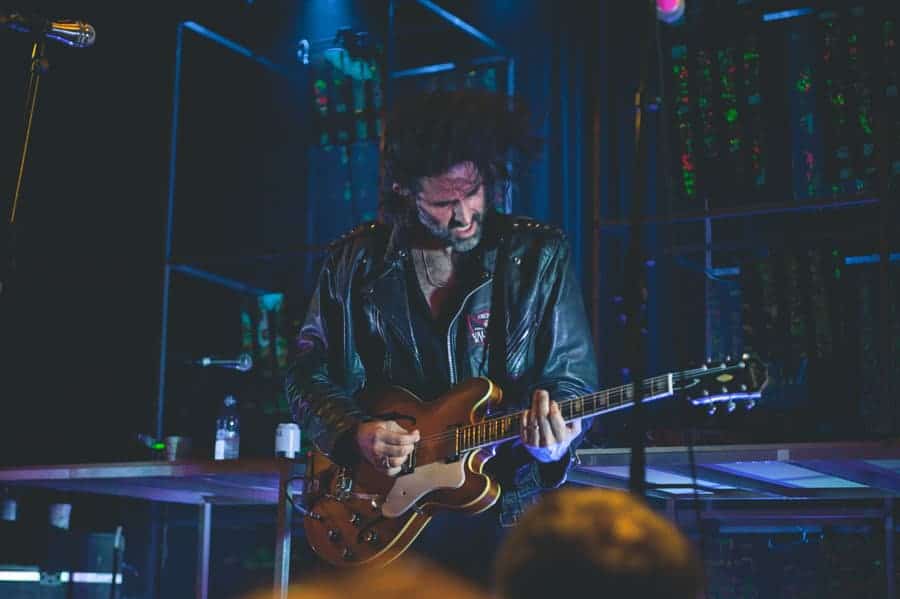 First off, I’d like to begin by thanking the lovely couple that stood in front of me that would slightly lean over left or right so I capture some of these images – why? Quite simply because I underestimated the large flock of people that would be coming out to see the long awaited comeback of a group that has been on a four-year concert hiatus!

Presented by Governors Ball NYC, the Swedish electropop trio played a sold out show Friday (making their official return the night prior at a Le Poisson Rouge) coinciding with the release of their third studio album, iii. Shoulder to shoulder, the room eagerly prepared for their set to begin – the group next to me in particular lite up a joint and gulped down Vodka Red Bulls, hoping that he play “Silvia.” (Spoiler Alert: they did.)

Excitement and slight shoving ensued when front man, Andrew Wyatt, from the darkness humbly spoke to welcome everyone and then sat down at a keyboard to begin the show with their latest single, “Heart Is Full.” There was hardly a dull moment during the set, just a couple audio adjustments between songs, but the crowd kept their enthusiasm high as group showcased their instrumental brilliance, rotating through each one, including added tour drummer, Nils Törnqvist. The set list featured songs from their first album such as “Burial,” “Song For No One,” and “Black & Blue.” The one track that happened to make it from their second album was the joyful and electric, “Paddling Out,” which delivered a fun performance as it would at a large outdoor festival, within this 1,000 person capacity hall. We got the pleasure to witness them getting the feel for performing tracks from their new album including the beautifully heartbreaking “I Feel The Weight” and “Genghis Khan,” which you couldn’t help but dances like you’re the only one in the room. As I did. Their two-song encore ended with the feel-good sing along tune “Animal” that brought down the house as well as someone’s drink down my back.

Andrew Wyatt, Christian Karlsson, and Pontus Winnberg will return to New York City for Governors Ball this summer after playing several shows throughout the country. They are making a swift comeback that you’re not going to want to miss! To listen to iii be sure to check out their Spotify and for more tour dates at mikesnow.com.