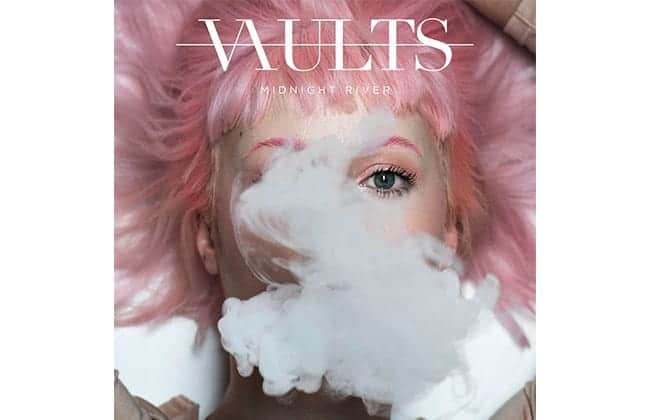 “We want to forget about ourselves just ’til the night is through, but the way back is sliding out of view.”

With only 3 years under their belt as a trio, Vaults has gained quite the traction, especially with their feature on the Fifty Shades of Grey soundtrack recently in 2015. Made up of vocalist and lyricist Blythe, producer Ben, and instrumentalist Barney, the Londoners’ musical genre is self described as “introspective electronica,” which is an interesting yet brilliant description. Their style has been compared to the likes of London Grammar, which I believe is an accurate comparison. Personally, I think that if Troye Sivan’s music had a sassy and powerful mother, Vaults would be it. As 2016 progresses on with full speed ahead, Vaults belts out a breathtaking new track titled “Midnight River.”

Listeners are immediately hit with compelling piano chords and Blythe’s captivating vocalizing at the beginning of the song. Throughout it, they can catch a glimpse of her vocalizing, making it super dance-able. The calmness in the beginning of the song prepares you for a righteous chorus, and although the song sounds almighty from Blythe’s vocals, the lyrics are simple and repeated continuously to allow listeners to really analyze the meaning, hence their self-described genre, “introspective electronica.” Despite trying to figure out what the midnight river in the song means, it is easy to belt along with Blythe. After all, Vaults is well known for being mysterious. I can picture a crowd of people jamming out to this live, as it is definitely one to get people interacting with them during one of their shows. Because Blythe’s voice is so strong against the smooth piano and raw strings, the song gives me a righteous electronic gospel-y vibe. Barney, Ben, and Blythe continue to mesh extremely well as a trio, and their new “Midnight River” proves it.

Unfortunately for those in the states, Vaults will only be touring in the UK at the moment, but as we wait for any prospective US tour dates, be sure to check these Londoners out on Spotify and SoundCloud. Take a look at their colorfully synchronized video for “Midnight River” as well!