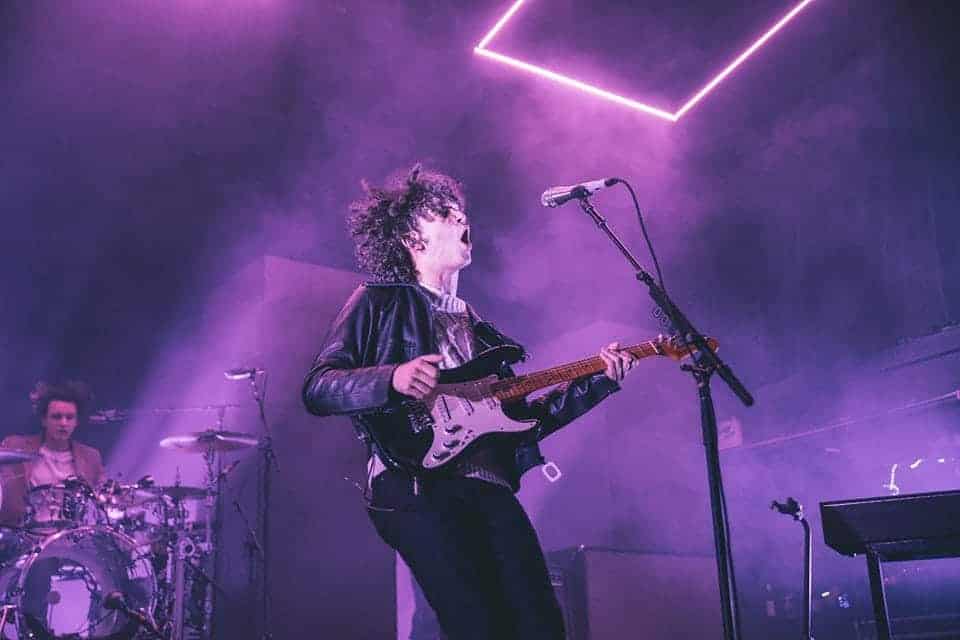 If you cannot trust your reviewer to be honest, then how could you, even for a second, respect their opinion? Well, with that in mind, allow me to be perfectly honest: I did not like The 1975; not any of their songs, nor their lyrical themes, and certainly not their sound­­. Perhaps I might have liked them if they were around when I was in middle school, I thought to myself. I would say, “They’ll fade out soon enough… Either that or they’ll spare themselves the trouble and break up.” (I like to believe I’m not as pretentious as I was three years ago).

And there was a while fans believed they had broken up. It started with an ambiguous comic strip posted on their Twitter page; then they deleted their Twitter and Instagram accounts (the horror!). Rumors were spreading like wildfire. In my bitterness, I was unaffected…

Fast forward to this very moment, where I’m counting down the days (6…), eagerly waiting for their latest album I Like It When You Sleep, for You Are So Beautiful Yet So Unaware of It to be released. Of course, there’s a part of me that (sort of) hopes it’s no good—I want my bitterness to be vindicated—but the majority of me looks forward to hearing this 17-track catalogue of catchy, 80’s-esque songs.

And who could blame me? The first single for I Like It When You Sleep… was “Love Me.” Talk about catchy (and, ironically enough, it reminds me a lot of Peter Gabriel’s “Sledgehammer,” and Gabriel being another artist I’ve begrudgingly come to… like). And I’m not alone in this internal conflict. In 2014, NME gave the award for “Worst Band” to The 1975. Just a few days back, however, NME nearly bestowed them with the “Best British Band” award (subsequently losing to The Maccabees).

But now, with “Somebody Else,” they’ve really put the nail in my stubborn coffin. I’m found helpless to their newfound sound. Lots of reverb, synth, and digitized soul, the atmosphere of this track is expansive and encapsulating. The words of woe and loss—you can’t help but feel it and sympathize with Matt Healy’s longing vocals, truly sensing the pain of seeing someone you were once with, now with somebody else. The 1975 have crafted an evocative song here. Placed among the previous singles, we get the sense that they’ve not only chosen a new direction for the band but have found their niche—flexing their musical and lyrical muscles in a way they did not with their debut album.