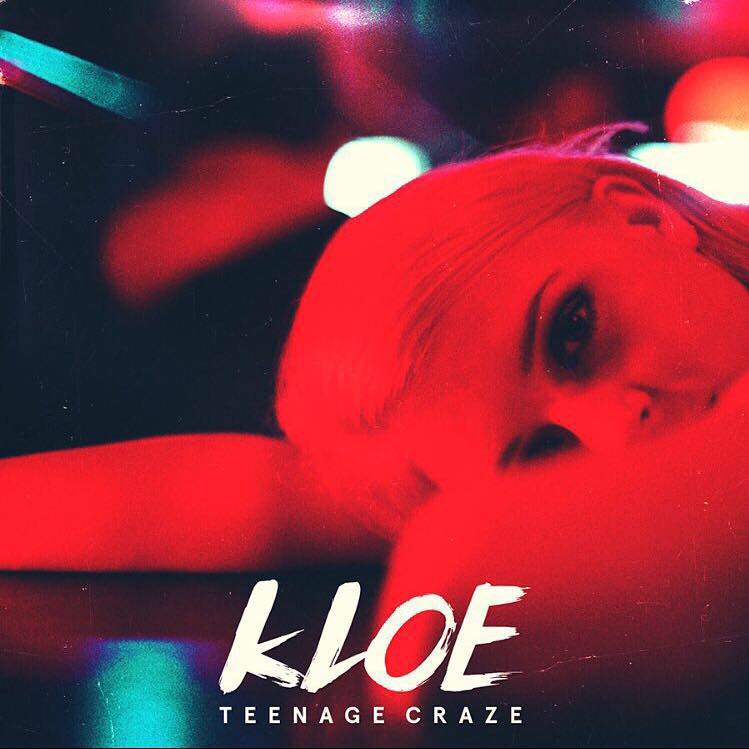 “Stuck inside the teenage craze with him. I tell him youth is just elusive baby.”

This provocative Glaswegian pop princess has been getting her well deserved recognition from the likes of NYLON, FADER, and The Sunday Times Culture due to her new EP Teenage Craze. Although she’s young, KLOE’s not afraid to push boundaries and go after what she wants and what she likes—which is what I think is the main reason she’s gained so much traction!

In her latest track titled “Teenage Craze,” KLOE vocalizes about living up her youth without a care. What I like about this song is her fearlessness. She’s bold, bad, sexy, and young. Regardless of her age, she takes life by the reigns and lives it to the fullest. KLOE embraces her sexuality in this track, and you can easily see it present in each of the songs in her EP. My favorite part of this song is the distorted vocalizing at the chorus. It definitely caught my attention off guard. Towards the end of the song, listeners can hear her slowing things down with a steady chant—almost as if she was seductively whispering a cheer for her favorite team. KLOE’s influences range from artists such as R&B/hip hop artists—The Weeknd and Drake to indie rocker—St. Vincent. Much like her modern influences, I can hear those bits of pop, electronic, and R&B in “Teenage Craze.”

KLOE continues to wow everyone with her music as she shared after winning a Scottish Music Award last year, “Teenage Craze, to me, feels like the start of something big. I wrote it at the tail end of last year about everything that had happened to me in 2015. I had just started to work in London and became very disconnected from everything I’d ever known growing up in Glasgow, nostalgic about my past and the people who were in it. In retrospect, I think Teenage Craze is a dark, twisted love letter to my youth. A farewell to my teenage years.” What a surprising and beautiful twist! At first glance, the EP and the title track may seem like the typical promiscuous mini album that every teenage pop star has released; however that is only a preview from the outside perspective. There is depth and a hidden meaning within the album, a vulnerability in her. She proclaims that she sings about her secrets. I love it when an artist allows you to analyze the deeper message behind all of the songs. That’s always the fun and interesting part for me.

As KLOE has been on a successful move since the past year, she has supported one of our favorites—Jack Garratt. This year she will be supporting the very queen, Marina & the Diamonds at the O2 Academy in Glasgow on February 16. If you’re into KLOE’s Teenage Craze, check her out live as she will be on touring around the US! Tour dates are already scheduled, which includes the renowned SXSW in Austin, Texas. As we await her U.S. tour schedule, check out KLOE’s newly released EP Teenage Craze on SoundCloud and Spotify. I’ve already had a listen to it, and it’s absolutely magical.