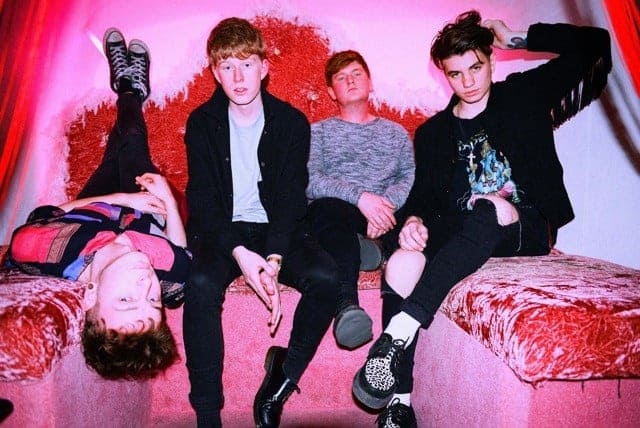 The quartet are known for their boundless energy, squeezing so much into their short, punchy tracks. Legions of devoted fans already exposed to infectious, high tempo, guitar driven gems such as “Do What You Want,” “Mustang Japan,” and “Glow” apparently took to the new track enthusiastically, becoming a set highlight as it incited carnage and mayhem during their recent headline dates in Manchester and London. “Dark Love” is their heaviest offering to date as the guitar amps are turned up and the drumskins are battered to within an inch of their lives. Cody Thomas-Matthew also delivers the lyrics with much more acrimony than ever before.

With two EPs already in the bag, a series of tour dates with the likes of Peace, Little Comets and Eliza & the Bear, and festival appearances at Boardmasters, Fieldview, Y Not and Dot 2 Dot, it’s incredible to think the members are still only in their teens. Expect Safe to make some noise in every sense of the word when it drops in April. You can preorder it here.