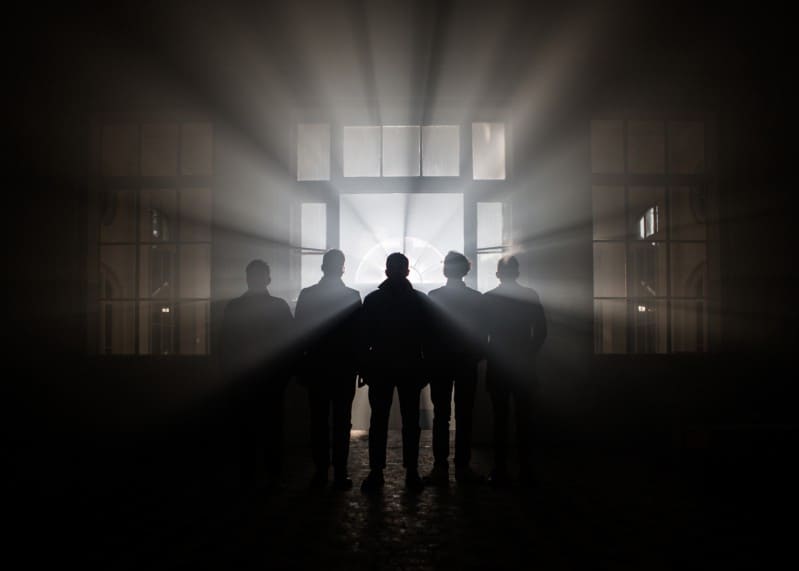 Scottish folk masters Frightened Rabbit returned last night to announce the release of Painting Of A Panic Attack, their fifth studio album, due for release on April 8th via Atlantic Records. Alongside the LP announcement was the first cut, new single and album opener “Death Dream.” Despite the darker shift, fans and new listeners alike will no doubt lap up the uplifting yet emotionally wrought style – quintisential Frightened Rabbit.

Painting Of A Panic Attack is their first record since 2013’s Pedestrian Verse, the band’s first record on a major label, and the departure of guitarist and keyboardist Gordon Skene owing to “differing opinions.” It also marks an arrival in the shape of Aaron Dessner from The National who took on production duties with recording happening at Dessner’s Brooklyn studio. Described as their most cohesive record to date, Dessner noted “Great songwriters touch a nerve, and I think Scott really touches a nerve with these songs. To me, lyrically, this album is a step above anything he’s written before.”

“Death Dream” is menacing in its scarcity. Heavily anchored in a haunting piano line mulled over by frontman Scott Hutchinson’s shrewd vocals, Hutchinson admits “moodwise it’s been a very difficult record for me. There’s a lot more darkness on it, which is strange because I’ve been living in Los Angeles and it’s constantly bright. I’ve gone through various states of turmoil there and I think that’s going to be evident.”

Much of Painting Of A Panic Attack’s lyrics are indebted to Scott’s move to LA. Feeling uncomfortable in the city, Hutchinson sings of the loneliness the change instilled in him, of the disparity between the rich and the throngs of homeless, and of his daily struggle with his new life and homesickness for Scotland. The album is available to preorder here.