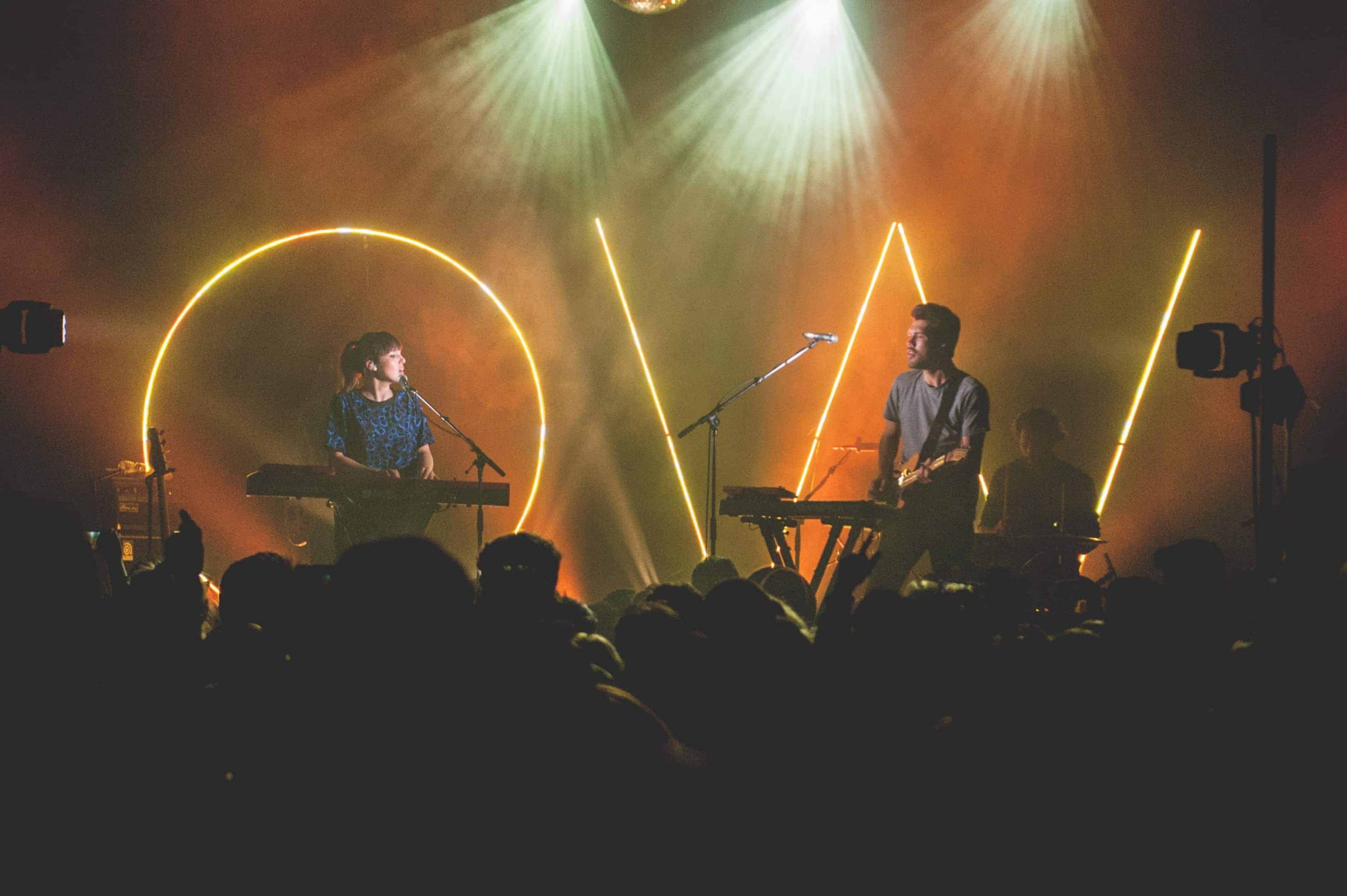 New York City was fortunate to have not one, but TWO nights of the British pop-duo, Oh Wonder this week, as the last few stops on their tour were made in Brooklyn and the Lower East Side’s Bowery Ballroom and Vogue Ballroom (https://vogueballroom.com.au/)– with both nights selling out within minutes of going on sale. The anticipation from the crowd was clearly evident from the moment the house lights went down – leading to loud cheers for the dark shadows that would soon appear onstage. The greetings fell silent as the room waited for the duo, accompanied by two other band mates, to appear through a short series of strobes during the opening of “Livewire.” When the chorus hit, a giant “OW” illuminated behind the group, creating more excitement in the crowd, setting the tone for the rest of the night.

The duo, consisting of Josephine Vander Gucht and Anthony West, very charismatically, played through the rest of their set which included many of their wonderfully mellow, and sometimes groovy, electro-pop tracks such as “Loose It,” “Body Gold” with a surprise alternate hook from The Weeknd’s “The Morning,” the contagious finger snapping melody of “Landslide,” “Without You” (whose recently released music video was filmed in our very own backyard), and many others from their self-titled debut album released last September. Interestingly enough, the two had independently released a track every month starting in September of 2014, leading up to the full LP the following year. The group also announced to the crowd that they would both be moving to NYC in the spring to record their sophomore album. The two shared a few stories from their tour and stopped halfway through the set for a very genuine thank you and appreciation to the fans for helping them get them to where they are now. Sadly, they closed their set without an encore, which didn’t seem to bother the very satisfied crowd who visibly experienced a truly wonderful musical experience.