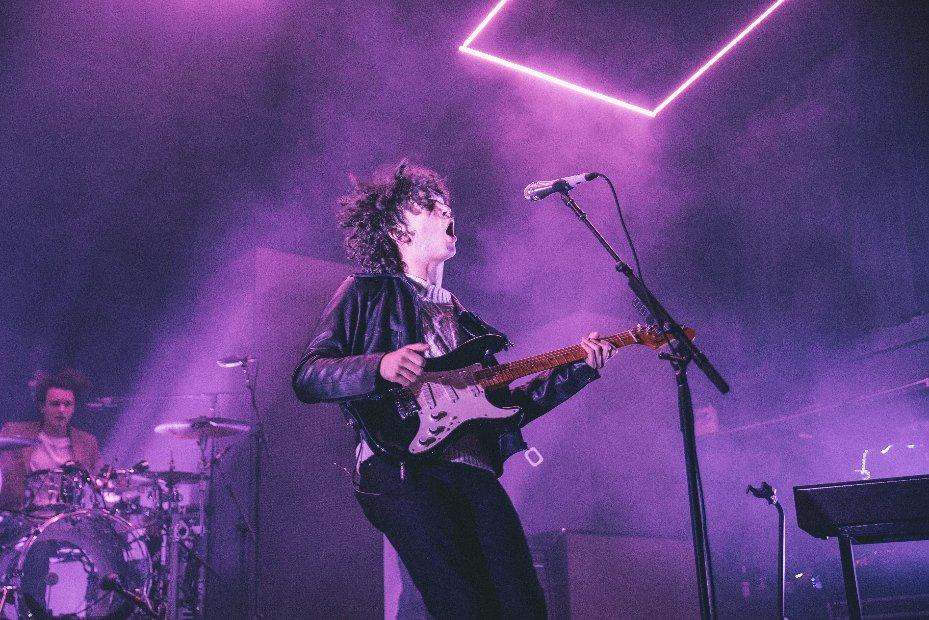 “You’re so conceited. I said ‘I love you,’ what does it matter if I lie to you? I don’t regret it but I’m glad that we’re through, so don’t you tell me that you ‘just don’t get it’, cause I know you do.”

Accompanying each single The 1975 has released from their charmingly titled album I like it when you sleep, for you are so beautiful, yet so unaware of it, comes a more clear revelation of the band’s evolved identity and who they are to become. The order in which the singles were released was a brilliant plan, bluntly greeting us with 80s-esque synth-pop parody “Love Me,” onto the catchy yet, uniquely raw track of “UGH!”, and then finally to the fresh, body moving and beautifully produced track of “The Sound.”

The slow and calculated introduction to the new 1975 seems to all be worth it once hearing this dance-pop track. “The Sound” feels like every hipster’s 2016 party anthem and simultaneously answers a question that hadn’t yet been posed by the fans of their first album. Where do we want them to go from here? Perhaps upon the release of “Love Me,” fans didn’t know what they wanted from the black gone pink and white gone purple four-piece. It seemed that at first, music lovers were in a standstill between accepting and rejecting the band’s new direction of 80s influenced pop music. After becoming aware of the fact that this new direction is undoubtedly good, the limbo of confusion seems well worth it upon the arrival of the song that ties these singles together. Ironically, this new track that will set off 2016 is rightfully titled, “The Sound.”

The syncopated character of the synthesizer and keys collaborates perfectly with the upbeat and repetitive melody of the piano to create this classically dance-pop track. If that wasn’t enough to make you jump with hands waving in the air, the vocal harmony and choir of voices would convince anyone that this is something you need to experience.

While “The Sound” is a different kind of The 1975, it is so clearly honest and believable. Musically, the song doesn’t seem to entertain a fear of rejection, which says a lot of about a band that has been held to an incredibly high standard since the initial hype around their first self-titled record. BBC Radio 1 premiered the song on Annie Mac’s Hottest Track, followed by an interview with lead singer Matt Healy who expressed the band’s efforts for honest music regardless of whether their creative energy led them to an undeniably pop sound. Healy describes pop or “ear candy” music as music that is innately within him and  desires to be expressed. “The Sound” is a product of that desire which was created proudly and shamelessly.

“[…] there is a lot of confidence in that song, because it’s so poppy, and it wears its pop on its sleeve and it’s kind of unabashed, and I think there hasn’t been a vehicle yet for us to do that, and I think that this album has been perfect […]”

The 1975’s sophomore album, I like it when you sleep, for you are so beautiful, yet so unaware of it, is set to release January 26, although they are already playing the songs live all over the world. The band will be touching down in the US for Coachella on April 17. To check them out in your city, visit their website for the lengthy list of US show dates.