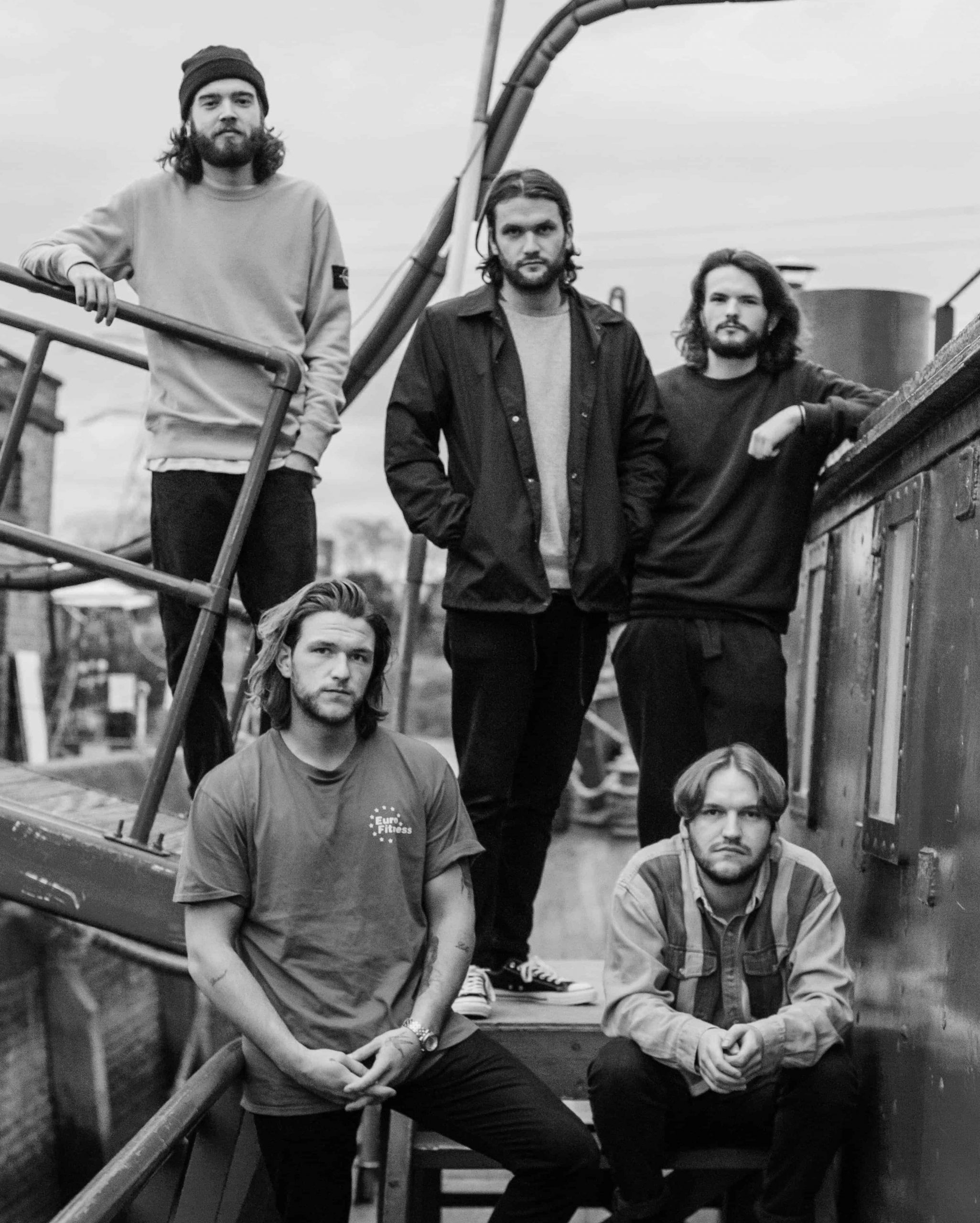 It’s scuzzy, it’s hazy, it’s a genre evading blend of indie rock, disco, jazz and hip hop with bundles of energy – it can only be the latest single from Essex five-piece Courts. The quintet confess they aim to write “music with a message” and despite the title, “Glass Half Empty” appears to be far from a pessimistic dirge. Jam packed full of scatty percussion, bouncy guitars, groovy bass lines and some signature rap vocals, Courts are blazing their own trail to fill a gap in the UK music scene.

Having already been championed by the likes of Huw Stephens and Zane Lowe, new single “Glass Half Empty” has had repeated spins on Apple’s Beats 1 radio by Julie Adenuga who premiered the infectious track as the band looks to blast away the January blues with its relentless energy and summer sound. Having spent most of last year gigging and playing at Bestival, Boomtown and taking part in Converse Rubber Tracks the boys are looking forward to a summer of touring including forthcoming shows at London’s Shoreditch House.