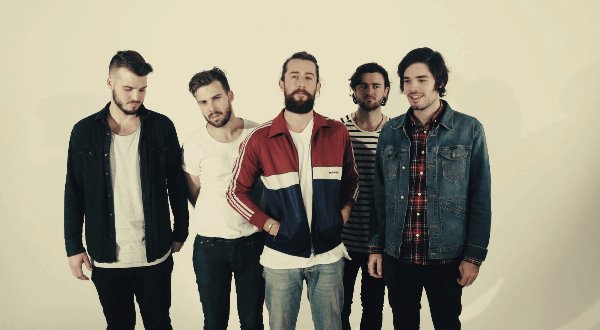 Art Of Sleeping – The Cage

“I still live in a cage. I wake up next to you and we’ve got nothing to say”

2015 was a landmark year for Brisbane quintet Art of Sleeping. As well as band touring their native Australia extensively including support dates for The Jungle Giants, the Sydney leg of Mumford and Sons’ Gentlemen of the Road alongside the likes of The Vaccines and Jake Bugg, and Splendour in the Grass, the band dropped their debut LP, Shake Shiver. “The Cage” is the latest track to be released from that album where it acted as a brooding closer.

Art Of Sleeping’s contemporary rock styling has been heralded as a “tour de force of sweeping, melodic pop infused with a sometimes throbbing, sometimes tender rock ‘n’ roll base” and it’s tough to argue against. Despite not having access to their album on iTunes or Spotify in Britain I’ve been able to listen to some of their previous material on Soundcloud, namely 2013’s Like A Thief EP and Shake Shiver singles “Crazy,” “Voodoo,” “Bleeding Out” and, most recently, “The Cage.” They first caught my attention in late 2014 with “Crazy,” a guitar-rich offering with plenty of groove to boot.

“The Cage,” in comparison, stands out for its relative stillness. The calm and contemplative beginning is a world away from the heady heights of “Crazy,” opting for a sweeping soundscape of eerily distant piano and off colour harmonies to beautifully soundtrack a tale of a love that has mentally caged the bruised protagonist. Even during the release of the chorus their remains a dirge of keys, bass and howling harmonies to ground “The Cage” in a gritty restraint.  Nearly three quarters of the way through, however, and whatever was in the cage becomes seemingly unleashed. The track gains surprising momentum, Caleb’s burning vocals becoming increasingly intense to compete with the thundering percussion and frenzied bass of brothers Jean-Paul and Francois Malengret. I urge anyone to get swept up in Art Of Sleeping’s most recent single. You can also check out their re-imagining of Drake’s “Hotline Bling” here.

Readers in Australia will be able to see the band as lead support for Boy & Bear’s “Limit Of Love” tour at the following dates: