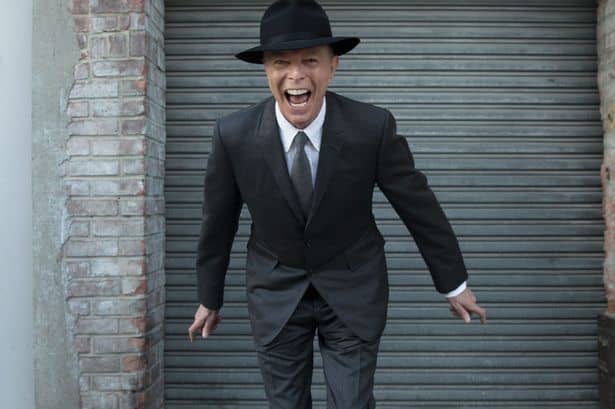 There was a version of this review that was almost completed before David Bowie passed away. In that version, it mentioned how Blackstar is an astonishing album on all fronts. That version simply regarded the lyrics as ominous and strangely, yet alluringly, incomprehensible. That version, in a painfully selfish manner, looked forward to the next release, or the next music video, or the surprise tour announcement.

Now, however, there’s an entirely different record to interpret. Listening to it again, once you’ve come to terms with the reality of his departure, you hear Bowie’s deathlike, introspective revelations in a way that you may have just overlooked the first few times around. Originally—at least from a personal point of view—the main focal points of the record came from public statements about the sound, atmosphere, and recording process of the album. For instance, Tony Visconti—producer for not only Blackstar but for twelve previous Bowie records—said that during recording, he and Bowie were listening to “a lot of Kendrick Lamar,” and that the “goal was to avoid rock and roll.” Then there was the statement that there was no intention to tour with the new release. Then throw in the fact that the band was made up of jazz musicians (with saxophonist Donny McCaslin, guitarist Ben Monder, keyboardist Jason Lindner, bassist Tim Lefebvre, and drummer Mark Guiliana) and you’ve got enough intrigue/publicity for a record to make everyone’s head whirl.

And surely, these things do make for an interesting album. It’s no matter that its author passed away a mere two days after it was released (and its release date was his birthday, no less); despite the exterior and tragic factors, Blackstar is a captivating piece of work all on its own merit. The eponymous opening track sets the tone with its almost labyrinthine soundscape and two-part structure. At ten minutes long, it serves as an overture, filling the audience in on what to expect from the remainder of the record: menacing strings and keys, jazzy yet outer-spacey saxophone, hypnotic drumming, and lyrics that tell stories of death, love, whores, and departure—and all within 41 minutes. It’s an eclectic, intricate piece of musical mastery. The sheet music must resemble a quantum mechanics equation with how utterly insane this record is, not to mention how insanely good the band is. Donny McCaslin and his quartet are phenomenal. Together with Bowie’s timeless, uniquely bizarre insight to all things mysterious and unsettling, Blackstar is the complete package, regardless of the tragedy that surrounds it.

But at this point, it’s impossible not to look at this record in the context of Bowie’s passing. There’s something incredibly surreal about the album, now. “Look up here, I’m in heaven / I’ve got scars that can’t be seen / I’ve got drama, can’t be stolen / Everybody knows me now.” Hearing these words before and after his passing made for two totally different experiences—the way they are delivered in a somewhat spoken-word manner makes it all the more chilling. It’s as if he’s relaying a message to us still living on Earth. He’s up in heaven, as he says, playing for us his final opus.

This is only reaching the tip of the iceberg. David Bowie was always a trendsetter, always ten steps ahead of everybody else. The same could easily be said about Blackstar—it’s no simple record to digest. We may not even begin to understand it correctly; not until we’ve finally caught up to Bowie’s incredible mind, at least, and that may take years, or centuries, or even millennia. Until then—until we’ve found the right words—we can leave it at this: Thank you, David Bowie, for not only leaving us with this extraordinary record as your parting gift, but for your lifelong dedication to providing us Earthlings with exceptional music.