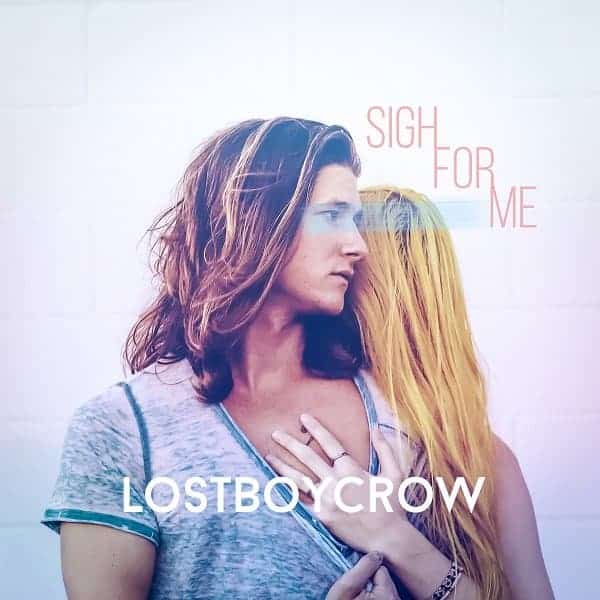 Why did you choose to present yourself to the music scene under the name Lostboycrow?
Artistry comes down to this: storytelling & vision. I have yet to experience a culture that holds these more sacred than The First Nations of this continent. “Lostboycrow” comes from the tale of the lost boy told by the Crow Nation in what is present day Montana – they are a beautiful people whose ancestors believed the greatest accomplishment one could achieve was to dream. Seek a vision for your life that would help those around you. That philosophy has shaped who I am and how I present art. Lostboycrow is bigger than one person. It is a constant reminder to seek vision – not for ones self but for the good of this world and all that is sacred to you. It is an invitation to dream together, and an homage to the beautiful people who taught me to do so.

Describe your sound in three words. Who and what influenced your sound?
Introspective. Dance. Croon. This is gonna be a novel. As far who goes… Brian Wilson, Frank Ocean and Alex Turner have influenced me the most as far as the way I write melodies and the cadence of my songs. And as far as what, I think you just have to find inspiration in the simple things and let your imagination run wild.

You’re very connected to your fans on social media. Why do you feel it is important as a rising musician to be personable and reach out?
It’s important to be personal because when listening to new music people want to latch on to what is sincere. They’ll always dance to what is popular regardless. But people want to be a part of something bigger than that. So, when you show fans that you’re a real human, then you’re creating a whole world for yourself and for them. When you have that personal connection you’re creating a world for you to be in to, and what keeps that world spinning is them latching on to who you really are. I think what everyone wants as a human is a real connection, music or otherwise.

Tell us a bit about your Sigh For Me EP. What should fans expect?
You can expect a lot more of the Sigh For Me story to be uncovered. The last two songs really touch on the tension between memories and where things are headed. It’s not just about heartbreak, it’s about the human experience. What does your heart break for?

Who would be your dream collaborator and why?
Chance the Rapper: I think he would bring out the best, most sincere parts in me and my art because he does that so will in his own. Not to mention it would be a good time.