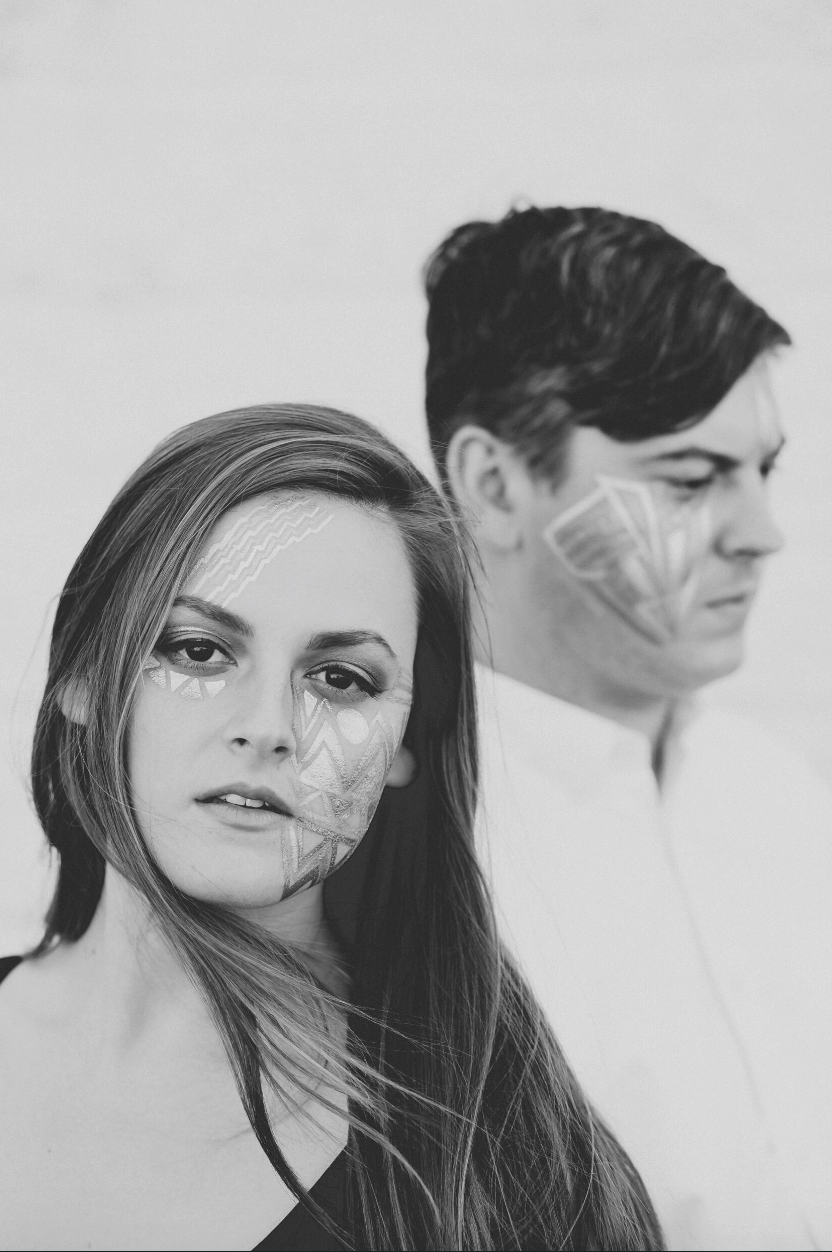 I am a sucker for brother-sister duos, and these Brooklyn based siblings, known as Paperwhite, have got me hooked! The duo is comprised of singer/songwriter Katie Marshall and her brother, producer/co-writer, Ben Marshall. It’s no wonder that I love them so much as Ben is also the drummer of another Brooklyn band that I love—Savoir Adore. They’ve got the same dreamy feel that I appreciate from bands Great Good Fine Ok and Savoir Adore. Paperwhite has been recognized as one of the most blogged debut artists in 2014, and I am not surprised to see why. Since their one year hiatus from their Magic EP, they have come back with an out of this world track titled “Get Away”.

Not only am I a sucker for brother-sister duos, but I am also a big fan of dream pop. Something about it makes me feel like I’m on cloud nine. I also think so because it really lifts my spirits when I’m in a crummy mood. The track starts out with futuristic rhythms and Katie Marshall’s lush vocals. Together those two sounds of the song’s intro ever-so-slightly remind me of a mixture between a Zedd track and Skrillex’s remix of Benny Benassi’s “Cinema.” As the song progresses, listeners can expect to feel as if they were floating in the midst of an empyreal heaven. The track exudes sophistication, beauty, and a freeing charm. During their hiatus year, Ben shares that they have been busy writing and creating away in their own dream-like world. He also mentions “We’ve been talking a lot about this idea of ‘future tribal’ as an aesthetic. Primal drums, pop songwriting, and instruments from a parallel electronic universe”. His sister, Katie, explains that Get Away is “the perfect song to start off their round of releases. What feels so special about Get Away is that while it speaks of the power of freeing your mind, finding your escape, and getting away from it all, it’s inviting someone to join you”. It’s no wonder that the song makes me so happy! Songs like this show that good things can outweigh the bad. Even though the song has an obvious feel-good futuristic sound, I felt very nostalgic listening to it—the good kind of nostalgic.

If you folks are interested in this Brooklyn bunch as much as I am, you can check out their stuff on SoundCloud and Spotify. Those in Brooklyn can also catch them live at The Knitting Factory this upcoming January 10.