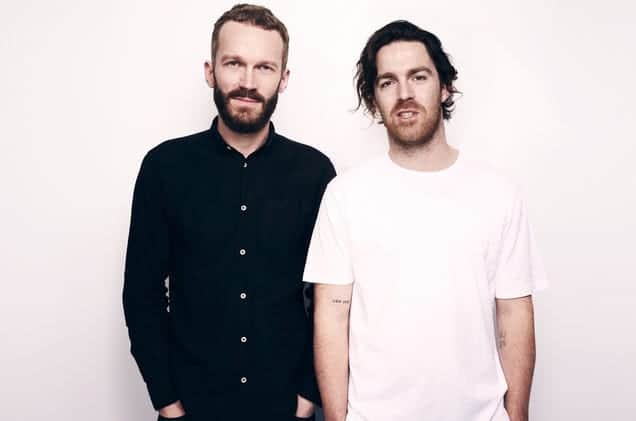 “ I wanna know you got my birthday card.”

Londoner Marcus Marr and Aussie Chet Faker are men of many talents and they show them all off in this brilliant, melodic, and bass-laden track called “Birthday Card.” Marcus acts as the man behind the keyboards, bass, guitars, backing vocals, and drum wrangling, while Chet produces the lead vocals, keyboards, and synth bass; thus, resulting in something incredibly sublime. That’s a mouthful for you. I wasn’t lying when I said they were men of many talents. The two lads have come together to share an upcoming record titled “Work.” They have already released their first sneak peek last month with the song “The Trouble with Us.” With “Birthday Card” as their second preview of the EP, listeners can expect a groovy theme throughout—at least that’s what we’ve heard so far within these last two tracks.

At a first glance of “Birthday Card,” there is an avant-garde feel to it. Marr definitely shows off his DJ-ing skills in this track as he keeps it coming with the fast-paced beats. It’s something I can imagine models strutting to on a runway fashion show. It’s upbeat, clean cut, and chic—and although the track is nearly 8 minutes long, I could hardly notice the length of the song because I was too busy enjoying it. Chet’s lingering vocals are totally chill and it contrasts well with the mad beats. Listeners and novice fans can definitely hear a little bit of the groovy undertone in this one. As the track comes to a close, there’s a psychedelic bit that feels very nostalgic to an MGMT song.

Their Work EP is set to release on December 4—just in a mere couple of days! As we await the full release, go on and head over to SoundCloud and Spotify to check out some of their other works.