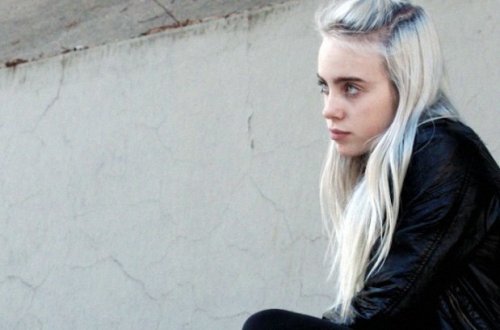 Maybe it’s expected for a song called “Ocean Eyes,” but the new track by Billie Eilish and Astronomyy really does make you feel like you are submerged in an aquatic wonderland. The bubble-like sound effect at the beginning immediately plunges you into the water, with an angelic, mermaid-like harmony before delving into the rest of the song. This in and of itself should have you hooked almost immediately. It gives off a sense of wonder that is too intriguing to ignore. The beat comes in soon after, transforming it into a fusion of nautical-pop and dreamy electronica.

This particular version of the tune is an edit by UK artist Astronomyy. His music is self-described as both “surf guitar” and “space guitar,” and his atmospheric “Ocean Eyes” adaptation somehow encapsulates both of these things. Astronomyy does an impeccable job at keeping the vocals light and airy, as Eilish croons “You really know how to make me cry when you give me those ocean eyes.”

The original mastermind behind the song is LA-based Billie Eilish, an as of yet mysterious newcomer. She brings in rich material to work with- from the vocals to the lyrics, to an overall sound reminiscent of “Summertime Sadness.” Not too bad of a start for the 13-year-old songstress.

Astronomyy subtly tweaks Eilish’s already-strong music and plays up the coastal theme. As a result, “Ocean Eyes” is serene, simple, and completely stunning.