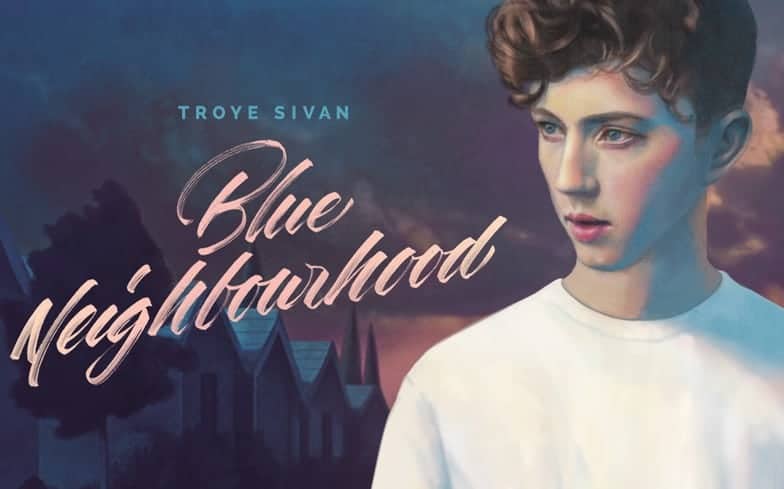 “Take me back to the basics, and the simple life. Tell me all of the things that make you feel at ease.”

This South African-born Australian YouTuber/singer-songwriter is no stranger to me. As a long time fan, I’ve been very familiar with Troye Sivan Mellet’s (better known as Troye Sivan) online journey to “Michael Jackson-dom.” This bright idea of becoming Michael Jackson (yes, you read that right) has stemmed from his little five year old self and it’s grown into something bigger than he’s ever imagined. Starting off his career on YouTube at the young age of 12, Troye uploaded his first video of himself singing Declan Galbraith’s “Tell Me Why.” Fast forward a few years later, Troye releases his first ever EP, TRYXE, and fans went wild. Now, at age 20, he has come out with a spanking new debut album titled Blue Neighbourhood. Not only that, but he’s also accomplished a plethora of things aside from singing, such as songwriting, acting, and creating his own content on YouTube—with a hefty fan-base to show his success. The small-town boy with big dreams has made it to the music world with the help of his loyal band of followers on the well-known platform, and though I may be biased, it’s truly heartwarming to see him achieve such a great milestone.

As most of the world thinks that youth is something vibrant, fun, and carefree—Troye Sivan’s Blue Neighbourhood is a moody place that thinks otherwise. His debut record is one that many teens in today’s generation can relate to as it discusses big-hitting topics, which float around the internet—topics such as sexual identity, going against societal acceptance, mental issues, and forbidden love. The album as a whole is heartbreaking, honest, vulnerable, majestic, cool, a little naughty, sexy, carefree, and comforting all at once. Lyrics such as “As the smile fell from your face, I fell with it—our faces blue. There’s a heart stain on the carpet. I left it, I left it with you” showcase a more poignant side to the record. Among the moodier tracks, there are some fun ones in the mix like Cool and for him., which I’ve found myself easily harmonizing to. What I like most about for him. is the steady staccato style. It’s a light and catchy song I can bounce along with, and I think everyone can agree. Troye Sivan’s voice and style is consistent throughout, although there is a change in pace every once in a while. His vocals are what I’d like to call “unpretentious” because it’s as if I’m listening to a dear old friend filling me in on his life over a coffee date rather than listening to a diva belt out her high notes at an award show. A noticeable underlying R&B and pop theme laces among the tracks, and it’s perfect for colder months. I feel like the winter is reserved for those chilled out, sexy-cool songs, whereas the summer is all about high-energy power tracks. Troye Sivan proves that he’s a darling, talented, and soulful instrument in the world, inspiring others to be who they are and to dream big. From this diverse-city girl to Troye, a small-town boy, I am thrilled for the greater success he is about to embark on.

Blue Neighbourhood acts as a memoir of Troye Sivan’s most significant memories and moments that have lead to the growth and development of who he is today. For those of you interested in seeing and hearing this story unfold live, you cool cats are in for a treat! Troye has announced his first ever tour for 2016! Hurry and grab tickets now before they sell out!! The Blue Neighbourhood tour dates are provided below.