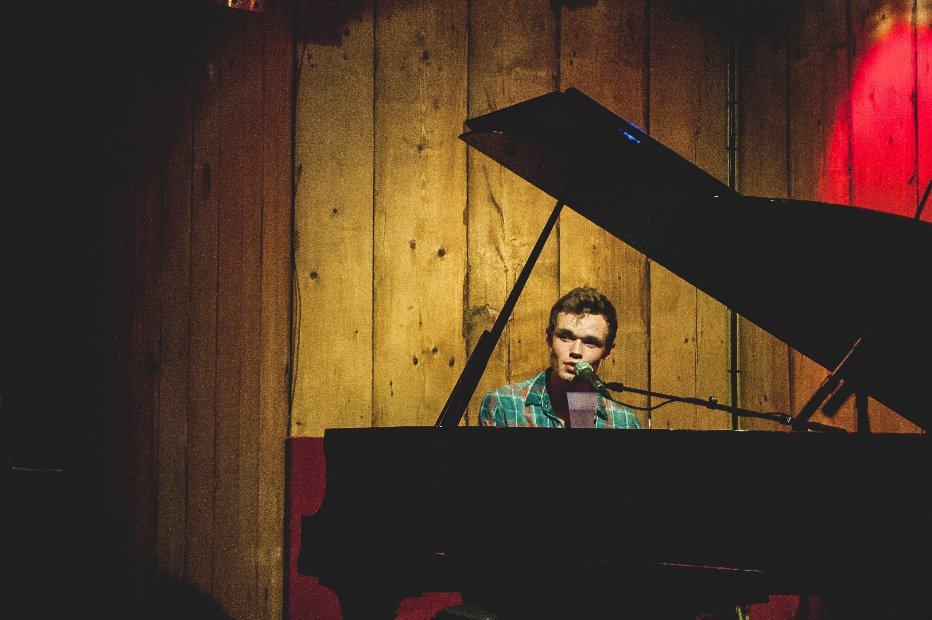 The room falls silent as the house lights turn down and stage lights open to the soulful voice of 18 year old James TW. Playing his first show in NYC Wednesday night, the British singer-songwriter took the audience in Rockwood Music Hall on a musical journey through youth and past romances.

James opened with his current single, “Black & Blue” on an acoustic guitar then began to give the audience some new music like “For You” and the heartfelt “Love Someone” about explaining a divorce to a child. He moved into an upbeat cover of “Superstition” that would make Stevie Wonder proud. The set ended with “Record Comes On” a song written out of the frustration of James not being able to listen to a Nora Jones album without thing about an ex.

Having been discovered on YouTube and signed on Island Records roster, the momentum has not stopped for James.

He displays great maturity on stage while still having some fun with the audience having them participate in a men vs women sing along. His live performance showcases his soulful voice and exceptional talent on guitar and keys that has him standing out from the rest of some of today’s top artists.