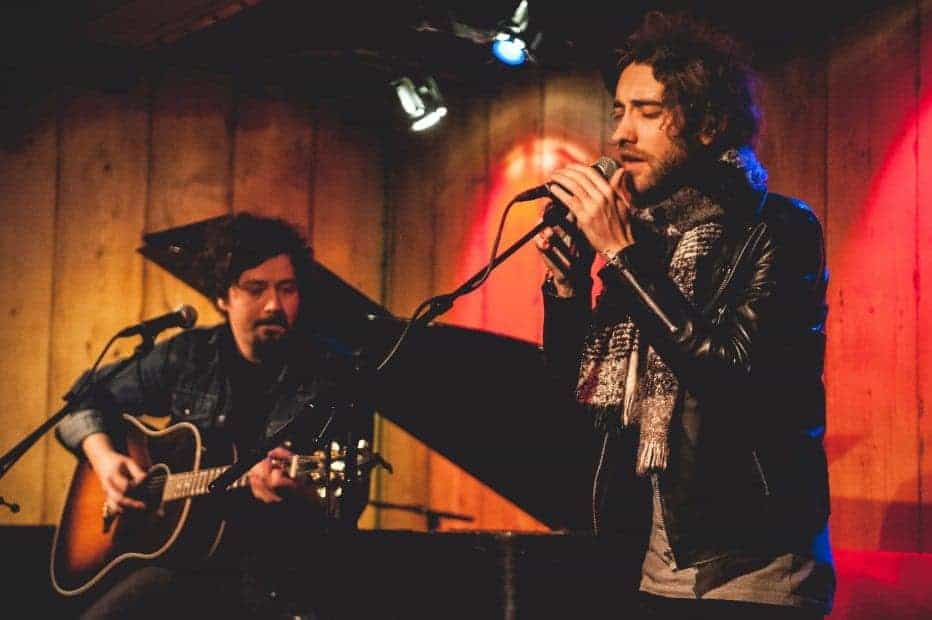 Meeting somewhere between Jeff Buckley and Arcade Fire, BANNERS almost felt and sounded too huge to play Stage 3 at Rockwood Music Hall, yet in the candle–lit lounge, they fit the vibe quite perfectly. Sporting a leather jacket, scarf, and his slightly teased–out messy do, Nelson stood on the small hardwood floor stage, backlit by red and magenta colors as he opened the set with “Ghosts,” his debut track from earlier this year. Also packed along side him are touring band mates that provided backup keys and guitar for memorizing melodic pop performances of their latest single “Start A Riot.” Nelson also displayed his range of vocals with a higher pitched new-to-come track, before closing his set with the anthem track “Shine A Light” that is sure to be a familiar tune for a while.

BANNERS is certainly one to watch this New Year, going no where but up – proven by already scoring several major sync campaigns with the likes of Pepsi, Monday Night Football, and FIFA 2016 or on TV shows such as The Royals and Teen Wolf. It will be a matter of no time before BANNERS will outgrow lounge style venues and hit bigger stages across the world.