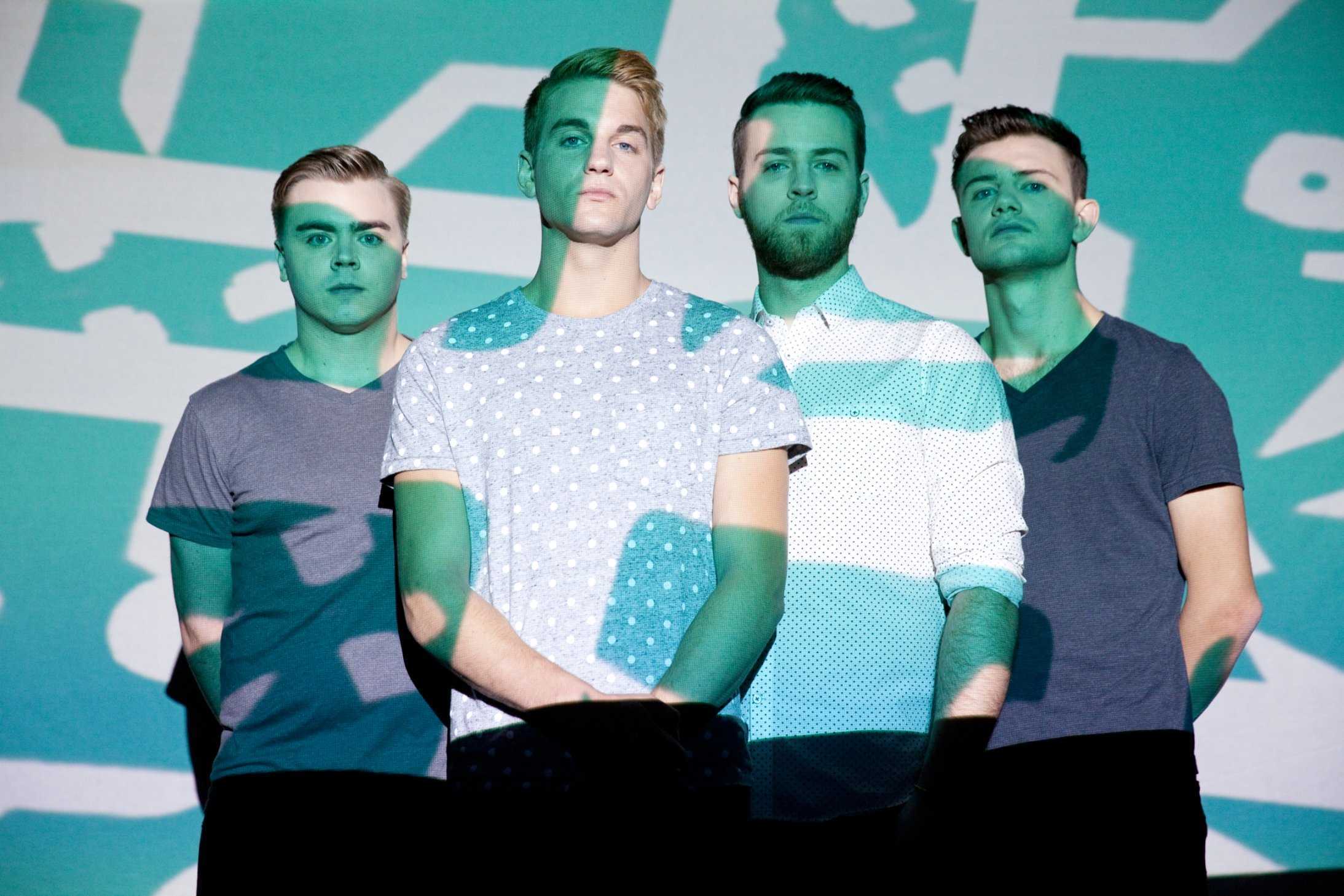 Exploding with talent, Vinyl Theatre and their highly energetic tracks have built themselves quite the name in the music scene. One of my personal current favorite bands, we had the absolute honor of chatting with bassist, Josh Pothier. Check out the interview below!

For anyone that hasn’t heard of you, how would you describe Vinyl Theatre?
Josh Pothier: Vinyl Theatre is what happens when the four of us get together in a room and write whatever it is that strikes us that day. Electrogram as an album has a certain sound that has often been described as upbeat and energetic, but as a band, what you hear now and will hear in the future is simply whatever resonates with us four when we write.

How did you guys meet/band together?
JP: Our keyboard player Chris brought us all together over the years. He and Keegan wrote over Skype in college and eventually got Nick on board. When Keegan moved home from college, I joined the project shortly after and we all began writing together in Nick’s basement.

If you had to recommend one of your songs, which would it be? Why?
JP: Personally, it would be “Gold,” solely because of the message and what the song represents to the four of us. We wrote it years ago, long before any label or management. It defines our journey and the legacy we want to leave.

So you guys are gonna be touring with Finish Ticket very soon! What can fans expect from the show?
JP: We absolutely love playing live, and we like to believe that love comes off during the show. It’s not an act in the slightest; we go absolutely crazy when we play live because that’s how this music makes us feel.

What are some of your tour essentials?
JP: Lots of water, energy drinks, and of course our ridiculously talented photographer Jake Maciosek.

“Summer” is one of my favorite songs of yours. Can you tell us a bit about the song?
JP: Thank you! We wrote Summer a number of years ago and were really trying to embody the energy and excitement that summertime brings, especially for those of us in states like Wisconsin who freeze for five months out of the year!

In an ideal world, who would you want to cover one of your songs?
JP: Having any of our favorite bands or artists cover one of our songs would be an honor, but honestly, we get the most joy out of listening to covers done by fans who connect with our music personally. We know how therapeutic music can be, and to know that ours is helping take people away from whatever stress is in their lives even for a moment is so rewarding.

What can fans expect next from you guys?
JP: More music, and more shows. What that music will sound like, who knows?

Favorite song right now?
JP: It would have to be “Mountain At My Gates” by Foals.

What song do you wish you’d written?
JP: There are so many ideas floating around at any given time when we’re writing that you can’t help but feel like potential gems are being forgotten about or are missing that one little thing that could turn them into what we’re looking for. The song I wish we could’ve finished and released may still make it to people’s ears, so I won’t spoil it for you. 😉

If you could only eat one food for a month, which would it be?
JP: Sushi! Or a really great salad.

If you had the celebrity power of Kanye West, what would be on your ultimate rider?
JP: Oh man. For some reason I used to have this obsession with Skittles Cores before they were discontinued, so I guess I would want a pack of those at every show. I’m both happy and sad you reminded me of them.