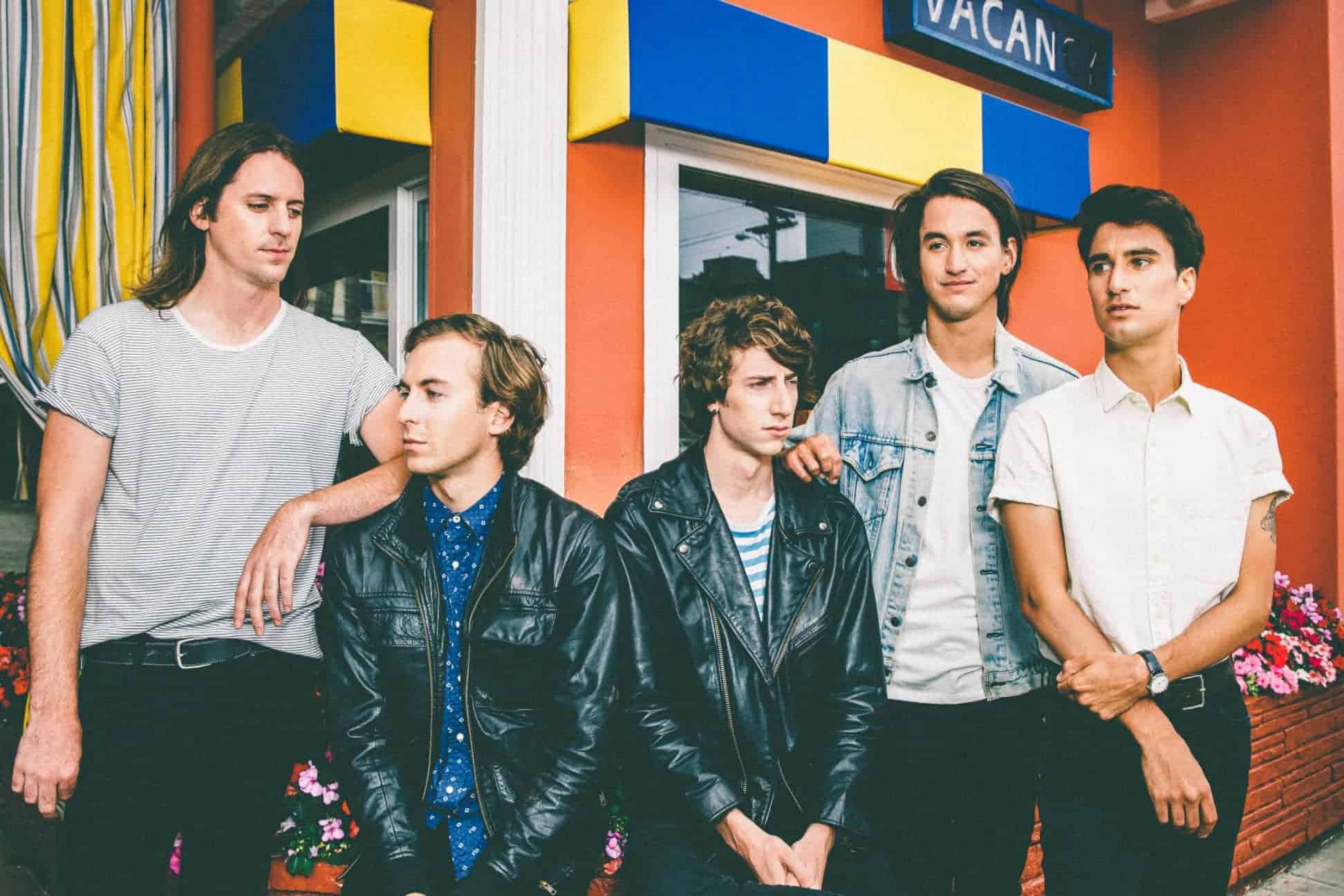 Hailing from San Francisco, Finish Ticket and their dynamic indie anthems have definitely attracted the attention of many. We had the absolute honor of chatting with Finish Ticket’s lead singer and frontman, Brendan Hoye. Check out the interview below!

For anyone that hasn’t heard of you, how would you describe Finish Ticket?
BH: I think we’re a very energetic band, we like our songs to have a lot of dynamics and take you on journeys, going really soft to something really big. We love big anthemic choruses, that’s a big thing for us and we love going all out on stage and having really high-energy live shows.

How did you guys meet/band together?
BH: Generally, the band started in high school in 2008 but the founding members met many years prior, we had known each other throughout elementary school and whatnot. And obviously Michael and I are brothers (laughs) We then met up with the Stein brothers a few years later.

Can you explain the band’s name a bit?
BH: We had a different name a long time ago but we weren’t happy with it. We sat around for a few hours and cycled for a few and this one came out of a personal joke from a few days before and it just kinda stuck.

If you had to recommend one of your songs, which would it be? Why?
BH: “Bring the Rain,” because that’s our go-to live song, we love to play that song live. I cycle through favorites on our new EP but right now I’d recommend “Scavenger.”

You recently released the visual component to “Color.” Can you tell us a bit about the song and the story behind it? Also, how you decided on the direction for the video.
BH: “Color” is an uplifting and optimistic song that we didn’t know we were going to write. We went into the studio with different material and came out with “Color.” It’s really focused on turning a new leaf. We talked to a few different directors but really liked the ideas that Mark Staubach had. We wanted to show the band preparing for tour, it’s real footage shot in the last three days before we left for the Blurryface tour (with Twenty One Pilots). It just showed a side of the band that people don’t usually get to see, shows us preparing to be gone for months and just what happens during that time.

So you guys are going out on tour very soon! What can fans expect from the show?
BH: We’re planning on putting together a set list we’ve never done, this is our first time playing a headline show to our fans across the US so we’re going to do our best to include everything that people want to hear and make it a really memorable experience for them. It’s going to memorable for us doing this for the first time so we want to share that experience with them.”

What are some of your tour essentials?
BH: Stuff to pass the time traveling is definitely essential. Video games or books, that’s really important to us. That makes living on the road for months a lot more manageable cause we’re not just sitting around doing nothing.

Do you remember the first time you heard one of your songs out in public? How did you react?
BH: Recently, we were in Washington DC, after a day of car trouble we were at a random bar watching the NFL football game and “Color” came on in the middle of the game. It was really funny because we just turned to each other like… ‘Wait?’ We were very surprised because we had no idea it was coming.

You have mentioned before that your young ages made you guys lose credibility in the music scene. How has that changed, now that you are older and stronger?
BH: It has changed! When you walk into a room as a band of fifteen year old kids people have the expectation that you’ll sound like a band of fifteen year old kids so we worked really hard to not sound that way. That experience drove us to become the band we are now and I think it changed us a lot. We have a whole new outlook on live shows and a game plan for when we walk out on stage, what we want to accomplish and how you plan to do it. That’s what’s changed from then and now.

In an ideal world, who would you want to cover one of your songs?
BH: If Brandon Flowers or The Killers covered one of our songs I think I would definitely freak out. If I had to pick, I don’t think I really can, though, haha. If any of my favorite bands I’d lose it (laughs)

What do you think is the one thing that will fill you with euphoria?
BH: Some shows just feel so good and so right, you’re in front of this amazing crowd that you can’t believe you’re having the opportunity to play in front of, there’s been a few shows this year that have felt like that I almost couldn’t process what was going on until the set was over. That’s really the thing that could cause a state of euphoria for me. Playing at an amazing venue with an awesome crowd giving us great vibes, that’s my euphoria.

What can fans expect next from you guys?
BH: We’re already starting to write new music so expect that sometime in the future, we don’t want to keep people waiting too long, and we’re touring, of course.

What song do you wish you’d written?
BH: I have a few.. I wish I had written “Sunday Bloody Sunday” by U2, “Just Like Heaven” by The Cure. “Yesterday” or “Someday” by The Beatles, those are two of my all-time favorite songs. “Yesterday,” to me, is like the PERFECT song. I wouldn’t dare change anything about it, there nowhere else that song could have gone.. It’s just so perfect. I’m always going to be jealous of that song. Oh! And “Hallelujah” by Leonard Cohen! That song is amazing.

If you could only eat one food for a month, which would it be?
BH: If it wouldn’t actually affect myself then probably burritos. Definitely burritos.

If you had the celebrity power of Kanye West, what would be on your ultimate rider?
BH: I would do a dog adoption program where we got to play with the dogs and puppies before every show and we’d guarantee them a home after each show. That would be so awesome. Someone actually gave me this idea but I’m blanking so I can’t give them credit but yeah it’d be amazing to play with dogs every night of tour and then they go to great homes after.

Finish Ticket will be going on a co-headlining US tour with Vinyl Theatre in 2016! Check out the dates below.