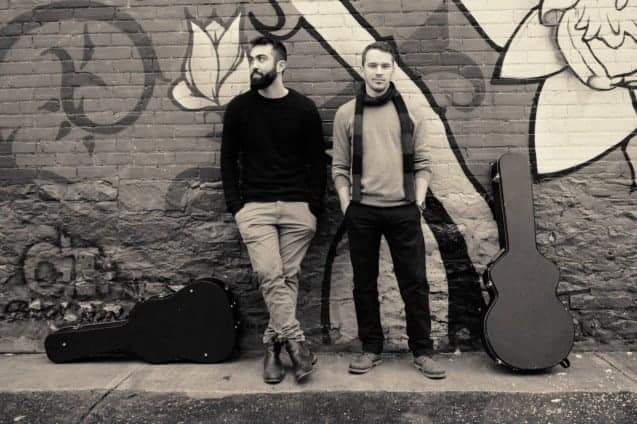 East of Avenue – Army of One

“But if the world should walk away, I’ll hear them calling my name. I won’t live for yesterday. These are the front lines, I’m an army of one.”

Toronto-based indie-pop band East of Avenue has been sparking interest all over Canada with their debut single “Paper Planes,” which was featured in Walmart Canada’s holiday advertisement. Comprised of Noel Thomson and Sean Fischer, the up-and-coming duo has released the a self-titled debut EP under Fifth Kid Records, and most recently, a music video for their new single, “Army of One.”

A highly inspiring track about self-empowerment, Noel’s soothing vocals is optimum in bringing the message across. In an age plagued with insecurity, “Army of One” definitely inspires everyone to believe in themselves and the potential within each one of us. This hopeful tune is a great mix of catchy, feel-good and cheery and a perfect pick me up when you’re feeling down.

In an exclusive interview, lead singer and guitarist Noel Thomson mentions his inspiration behind writing the song. “The song is about an inner self-confidence that we’ve admired in people in our lives who have prevailed against the odds.”

The music video for “Army of One” is simple yet impactful. Alternating between shots of the band playing and following a girl’s journey to discovering herself, it tells a story of a girl who feels more comfortable in less feminine clothing, bringing across the message to stay true and to appease only yourself.

Needless to say, East of Avenue is one to watch out for and definitely one we hope to hear more of. You can get East of Avenue’s self-titled debut EP here.