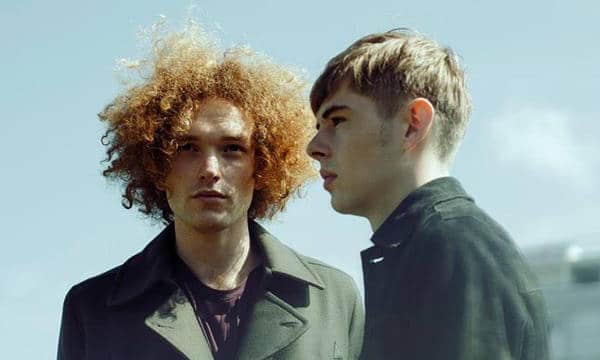 “And to my word, now, I’ll be true, I cant stop this breaking lose. This love is like wildfire”

Seafret have a new single. Seafret have announced details of their debut album. Essentially what I’m trying to say is Seafret Seafret Seafret. We know it’s a strange word and it only gets weirder the more you say it but they’re a band you’ll be hearing a lot about so get used to it. If you caught our review of their Oceans EP in January then you may remember the reason behind the unusual name. The word is actually a play on a guitar fretboard and a North Eastern term for the mists that come in off the North Sea during summer. The relevance of this? Looking through some of their singles (“Oceans,” “Atlantis” and “Drown”) the duo are evidentially influenced heavily by their coastal hometown of Bridlington, even more so since making the switch down south to London.

New single, “Wildfire,” however has distinctly more land-based title. One of their more upbeat numbers, it showcases just why the duo comprising of Jack Sedman and Harry Draper have received (somewhat lazy) comparisons to the likes of The Lumineers, Mumford & Sons and Bombay Bicycle Club – namely their hearty and well-tempered builds, sweet lyrics and all round wholesome indie-folk vibe (did someone say indie folk?! Rattle off the first three you can think of). Laced in sentimentality and romantic imagery of ‘love’ being like the titular wildfire, it’s tough to not find the duo endearing. They’re also incredibly easy to listen to, keeping their recipe for success simpleand following a trend of matching a pristine guitar line with vocals that are either incredibly soothing or fervent. The distinction between a consistent identity and mindless repetitiveness is sometime blurry but not in Seafret’s case. Their songs scream quality and thought.

“Wildfire” is the latest of their singles and will feature on debut album, Tell Me It’s Real, released on January 29th which features five songs fans will already be familiar with, available as instant downloads when you preorder the record.