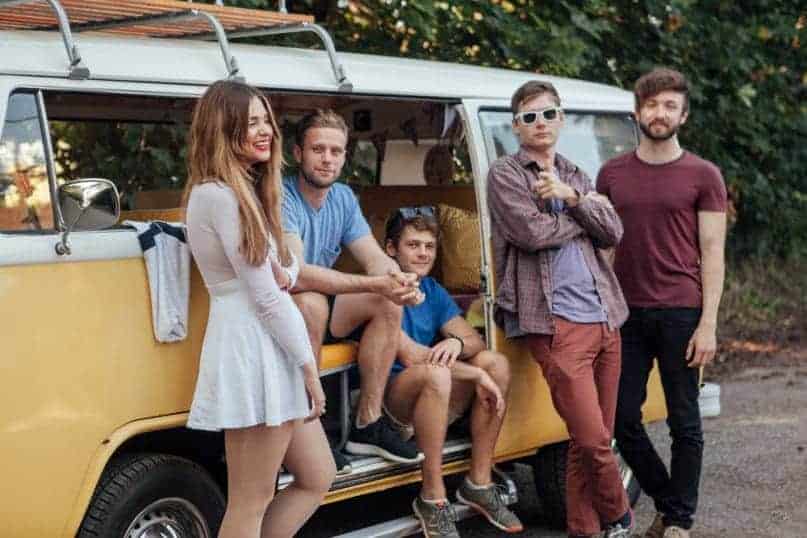 If you didn’t catch us shouting about Saltwater Sun last time then it sucks to be you. If you did pick us up on ‘Making Eyes’ at the back end of September then we can only presume you’ve just about managed to get the catchy chorus out of your head. Well good news is that the London five-piece are not only back with a new song but also the release of their debut EP, Wild, later this week.

‘Wild’, the third and final offering from the EP, follows on from the success of debut single ‘Habit On My Mind’, which was met with widespread critical acclaim, and equally well received follow up, ‘Making Eyes’. Building themselves a reputation as one of the most promising new guitar bands to emerge this year because of their riff-laden surf-pop/rock blend, the band are set to release Wild on November 13th via boutique London label Hand In Hive. Think the sun-soaked exuberance of San Cisco meets the grungey licks of Wolf Alice and you get the angsty yet oddly uplifting sound Saltwater Sun are quickly garnering attention for. ‘Wild’ is more of the same – big riffs and brash percussion all completely dominated by the sultry shouts of lead singer Jenn Stearnes who told Line of Best Fit that, lyrically, this latest single is “about the flaws in my character and how I let people down as a result of those.” We don’t know what she’s talking about – ‘Wild’ is anything but a letdown!