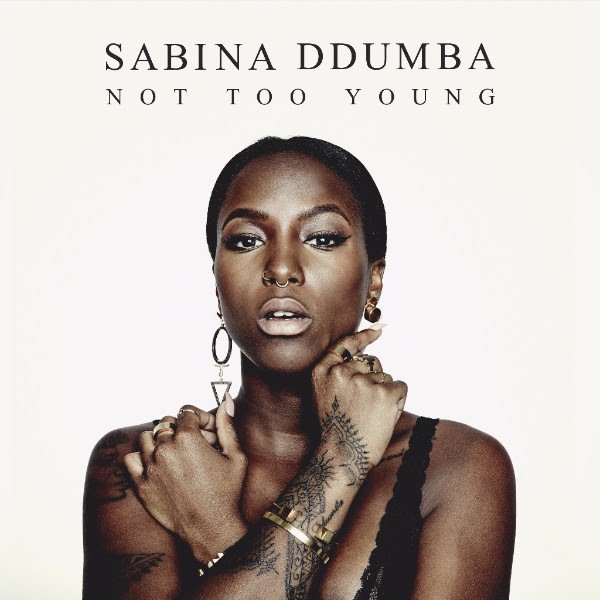 Sabina Ddumba – Not Too Young

“They say I’m young, but I’m not too young to know what love is”

Sabina Ddumba is a bonafide vocal powerhouse that is shaking the very foundation of pop music and raising the current talent standard of 2015 to a higher level. Aside from her vocal strength, control and emotion, her relatable lyrics and buoyant sound is what makes her new single “Not Too Young” a driving force that takes you from a slow wake to a giant tsunami by the end of its stream. The song released on October 30 and premiered with The Fader as Ddumba’s first international release. The Stockholm, Sweden based artist released this single following two other singles “Scarred For Life” in 2014 and “Effortless” which went platinum in Sweden. “Not Too Young” had some big shoes to fill following equally wonderful, yet different tracks. Whether she is belting a soulful ballad of pain in “Scarred for Life” or singing an R&B, gospel-esque track in “Effortless,” it’s safe to say that as long as Ddumba is singing it, the song will be a slam dunk of female strength and emotion.

“Not Too Young” flaunts 13.3k plays on SoundCloud which really needs no explanation after hearing it. The song opens up with the staccato melody of a piano which becomes the underlying driver of the song’s pace and upbeat nature. Sabina’s soulful voice enters and by the 30 second mark, it is clear that her voice has unknown capability. It soon becomes clear that we had only reached the tip of the iceberg. The production of the song is impeccable and is the perfect counterpart to Ddumba’s electric voice. The transitions from verse, to bridge, to chorus, to hook are seamless and carry the ever growing rich sound of the song to a blissfully profound climax. The layering of Ddumba’s voice over itself is brilliant in addition to the harmony of the vocals in the chorus. She sings “They say I’m young, but I’m not too young to know what love is”. There is so much soul to Ddumba’s voice making the listener want to believe her and buy into the fact that what she is talking about means something. The lyrics are simply put and straightforward, an ideal characteristic in an anthem for young emotive teens who are learning about this sensationalized idea of love.

The synchronized crowd of clapping that enters the song about two-thirds of the way also plays into this anthem idea. The main lyrics are repeated and become a catchy chant that commits the listener to see the song through. This moment becomes the turning point where the song transcends from good to epic. The music is subtracted leaving the lone purity of vocal harmony to shine on its own. As the music reenters, Ddmuba bursts into her full potential, revealing her deep roots in classic soul and her many years in gospel choir. It’s clear that some of her vocal inspiration comes from legendary artists Lauryn Hill and Janelle Monae who are similarly known for their supreme vocal methods and soulful nature. As the music fades out, the listener is left in shock, basking in the enormity of talent and power they witnessed while dealing with “the feels” that were consequently acquired in the span of four minutes and 3 seconds. With more to come from Sabina Ddumba in the next few months, I can only say get ready for nothing short of incredible.