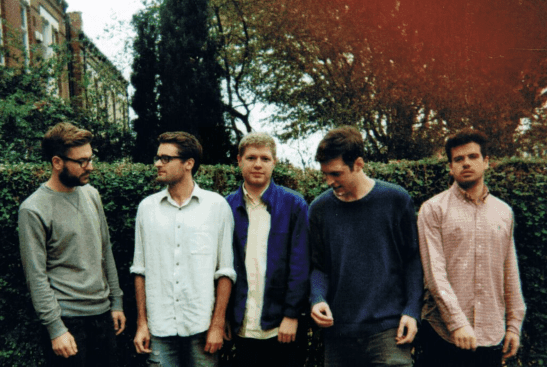 We’ve kept an eye out for Dancing Years, having featured them in our special A-Z of introducing artists in the June issue of EUPH. and the Leeds band have delivered another of their trademark emotive gut punches with new song “Learn To Kiss.”

That’s right, contrary to their name the quintet are more like to be tugging at your heartstrings than making you want to put on your dancing shoes and their latest single is no different. With a rather sedate start, “Learn To Kiss” is arguably the band’s most epic to date as it gradually builds across nearly six minutes – their longest track to date. Anchored by the steady thud of the drums throughout, layer upon layer is added. Frontman David Henshaw half whispers, half sings of his innocence and naivety when it comes to kissing. Love is a subject frequently touched upon by Dancing Years and the message here seems to be one of trusting someone. Allowing yourself to grow alongside them and letting them influence and guide you to unlock your full potential (“Stay with me / won’t you tell me what I’m missing / won’t you show me how to kiss”). The blossoming of an individual illustrated perfectly by an equally blossoming soundtrack as the percussion quickens, the piano and strings intertwine into a rousing flurry and the celestial vocal harmonies rise above everything to round off an effortless yet cinematic high.

As well as the new song, the band recently announced details of their debut EP, also called Learn To Kiss and slated for a February 12th release via Kolbalt / Hide & Seek Records​. A while off yet but still one for your diaries.