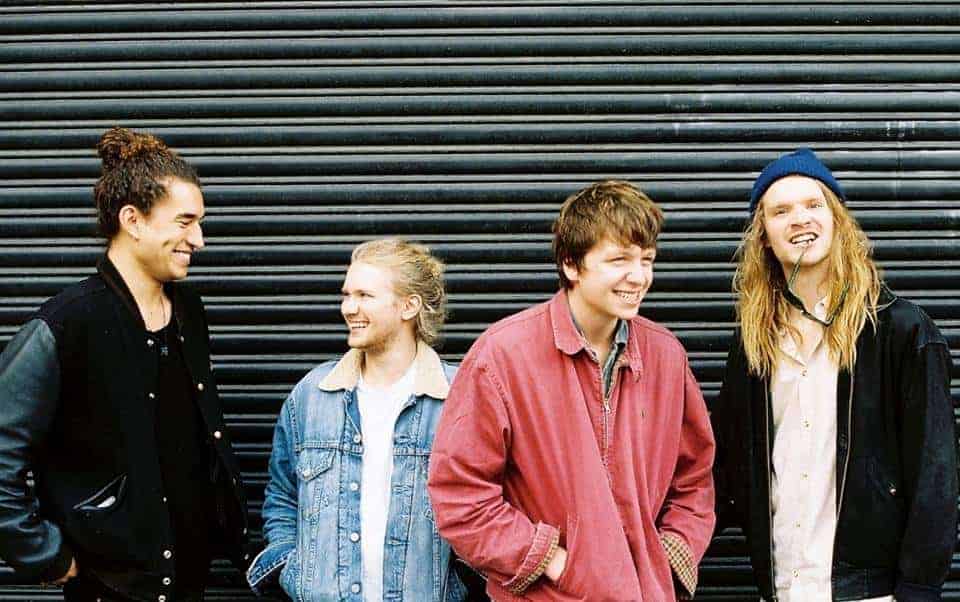 You may remember back in August just how blown away I was by ISLAND’s debut single, “Stargazer.” If I recall correctly, I called it ‘spellbinding’ and ‘hypnotic’ largely down to its totality. No one part stood out but as a package it was mesmerizing, rising from its echoey guitar pulls and whispered vocal beginnings to the energetic wails towards the end.

Well brace yourselves because the Oxford band have released their debut EP today which means three more tracks for me to gush over. Admittedly I could easily just embed the tracks and let them speak for themselves because my words can only do them justice up to a point but unfortunately it’s my job so you might as well keep reading while you click play. Moving past the aforementioned opener, the EP takes a gritty turn with the titular “Girl.” A world away from the inoffensively mellow tone of “Stargazer,” “Girl” is an altogether more raucous affair taking inspiration from the rock stylings of Arctic Monkeys and fellow Oxford natives Foals. Clocking a time of under three minutes, the track sits more as an angsty adolescent outburst long enough to prove the quartet’s maturity and versatility while not completely poisoning the generally sophisticated aesthetic with the biting lyrics and scuzzy guitar.

The pensive tone returns with “I’ve Been Searching,” an apt title for a song with such sparing instrumentation. You’re almost drawn away from the lyrics and instead the narrative is told through the progression of the guitar which opens the track all by itself. From the realization that something is missing to the search itself, the track swells with minimum effort to cinematically capture a story so intangible yet relatable . It’s difficult to put into words just how moving I found this track and the vocal bridge at around two and a half minutes and subsequent crescendo really is the cherry on top. “Nighttime Written Blues” is the fourth and final track. After such an epic it acts as a palate cleanser, working with “Stargazer” to bookend the EP. With the bluesy guitar solos and controlled percussion, the longest of the four tracks is pedestrian in pace comparative to the middle two tracks but still manages to balance that with enough energy to provide an uplifting climax – a fitting end to a wonderfully complex and truly outstanding EP.