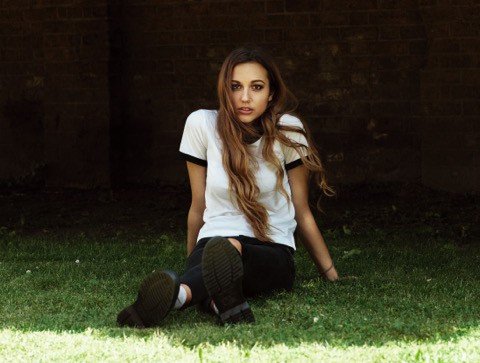 Our favorite Melbourne songstress, Kaity Dunstan (aka Cloves), has released her XIII EP just in time for the holidays, and it is breathtaking.

When we last heard from her, she’d just released her new single—also featured on XIII—titled “Everybody’s Son.” Now with the full release of the EP, listeners can expect soulful love ballads. The record as a whole is romantic, poignant, and sincere. The young nineteen year old surely has a vocal range that goes beyond her years. Her voice is rich, deep, and velvety—very much like Amy Winehouse, Adele, and Regina Spektor, who are all powerful female artists in the music industry. To be able to have the range and vocal similarities as those three great ladies is a huge feat. The record will definitely have listeners and new fans swaying and slow dancing with their lovers. We have high hopes for Dunstan and we are confident that she will go far with her mature and emotive style.

Over this Thanksgiving week, I was fortunate enough to see her perform live, as she opened for James Bay. The audience gave her high praises as she delivered and captivated them with her impressive, angelic vocals. As my friend and I entered the venue and heard her sing, my friend blurted out “Oh my gosh, she sounds like-“. Before she could utter the name “Adele”, I knew immediately and said it for her. Although her set was short, she left a lasting impression. Various new fans tweeted her saying things like “Cloves was a great opening for James Bay” and “You did fantastic! So happy to have seen you live”. For those of you in the U.S. who are digging this soulful girl, you can catch her on tour with James Bay. Her tour dates are provided below.