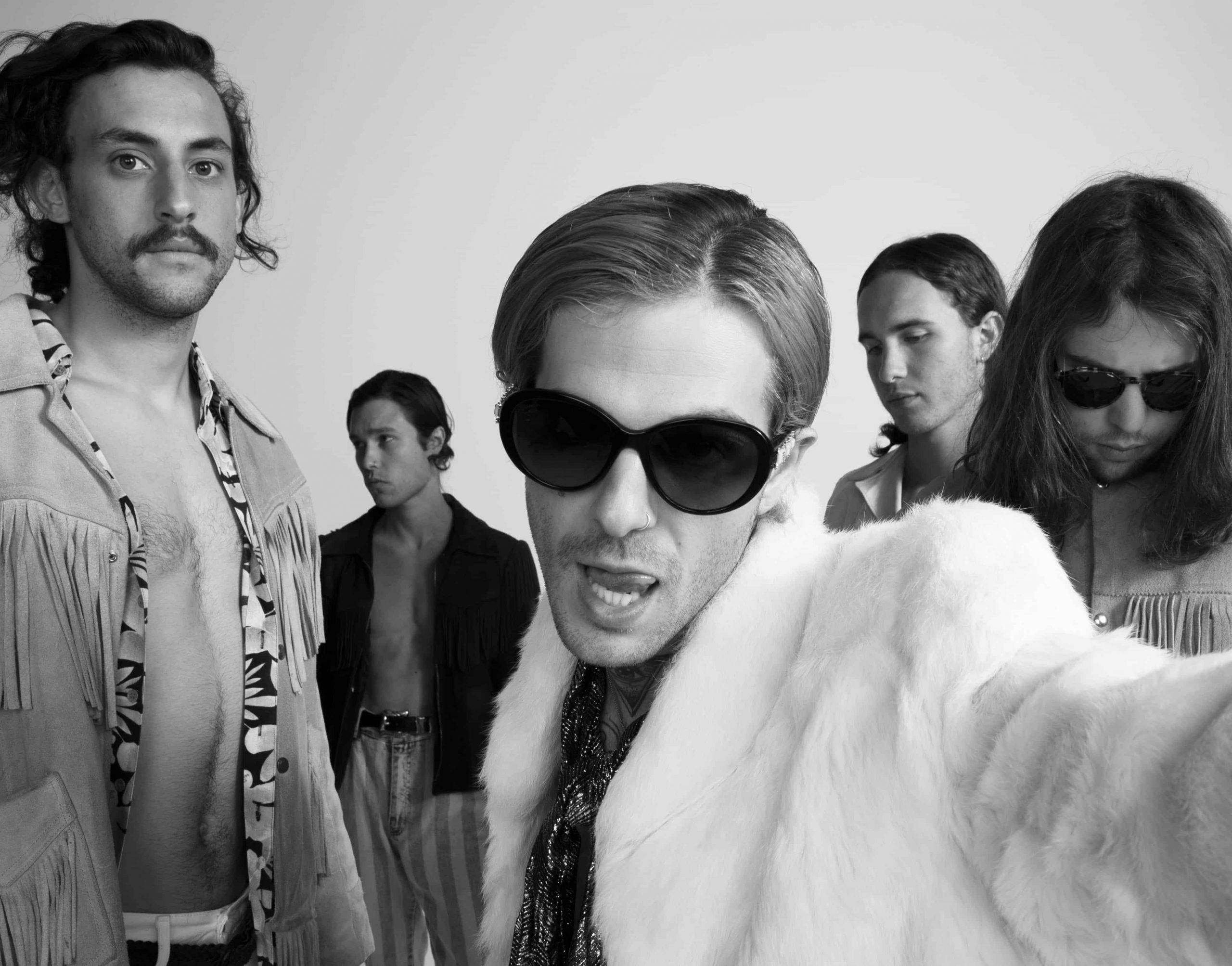 The Neighbourhood – Wiped Out!

Everyone’s favorite Californian alt-rock group The Neighbourhood is back and better than ever. Following their acclaimed 2013 record, I Love You, the band has released their second full length LP titled Wiped Out! Since the release of their first EP, The Neighbourhood has wormed their way into the core of the alternative indie scene. Their single “Sweater Weather” was inescapable on the radio, and perpetually in our heads (not that we minded much to be fair.) However, a little less than a year ago, the band seemed to be toeing another genre with their #000000 & #FFFFFF mixtape.

The mixtape was the band’s labor of love and featured a plethora of appearances from hip hop artists including French Montana and Danny Brown. Showcasing a heavier rap influence, fans seemed to either embrace the new sound or shun it entirely. In light of the mixtape’s mixed reviews, we all wondered where The Neighbourhood would go from there. In response, frontman Jesse Rutherford took to teasing sneak peeks of the band’s work on Snapchat one minute and then disappearing from all social media platforms the next. On October 31st however, the band was ready to unveil their hard work, and the result is fantastic.

Wiped Out! will likely satisfy fans of the band’s first album, while garnering new ones along the way. The album itself takes The NBHD’s signature mix of indie guitar rock and R&B, and follows the progression of the first album so that Wiped Out! feels like a natural sequel to I Love You.

After opening with a literal “Moment of Silence,” the album starts off strong with “Prey.” “Prey” begins with the sort of haunting guitar that the band often utilizes, and quickly transitions to a an a guitar riff that’s catchy and goes well with Rutherford’s vocals. The song is the sort of ennui filled track that is a staple of the album, emotional without feeling overly sentimental. The Neighbourhood understand what it feels like to be scared and they reflect that feeling back to us in California sun drenched tracks that have a lurking underbelly of darkness.

Other key tracks include “Daddy Issues” which is my personal favorite off the album. The song is slower than its counterparts and sounds like a love song that doesn’t quite know it’s a love song. Jesse’s voice resonates, and it echoed by mournful backing voices. With lyrics like, “I tried to write your name in the rain, but the rain never came…” the song is sad but sweet, an ode to the harsh realities of relationships but also the love that comes along with them. Another highlight is “Ferrari,” a track that is angrier than a lot of the other tracks on the album. It’s brash and quiet at once. Jesse’s voice is filtered and hazy and accompanied by a warbling guitar and insistent drum beat.

The closing track is fan favorite and lead single, “R.I.P. 2 My Youth.” The song has one of the most memorable choruses of the whole album. It’s imbued with sentiment, and one of the more cohesive songs, as well as one that takes the largest step away from The NBHD’s first album. It’s rockier and faster, instead of the slow and mysterious kinds of tracks the quintet does so well.

Wiped Out! has something for fans and new listeners alike. Giving us what we know and love as well as hinting at the future evolution of their sound. Rutherford was quoted last year saying, “I just think that bands right now have no fucking idea what’s going on. I think it’s a dated lost art, rock and roll is completely dead.” That sounds like a pledge to pioneer new terrain if I’ve ever heard one, and what The Neighbourhood does next is anyone’s guess. But if they continue to make music like Wiped Out! you can be sure that we’ll be listening.