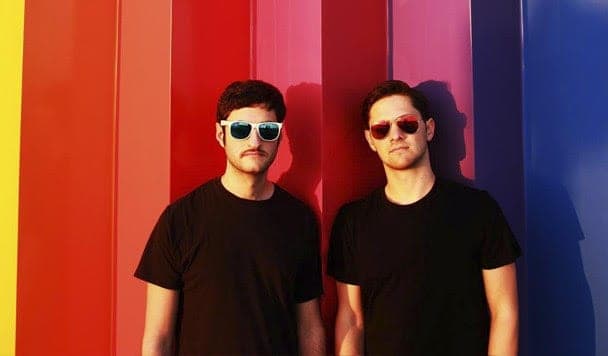 Gabe Donnay and Adam Boukis have an eclectic and diverse wealth of musical experience, having gigged in everything from folk and bluegrass outfits to jazz combos to noise rock and funk bands in the past. They now make up LA dream pop outfit Satchmode.

Out of this incongruous assortment of influences, they have distilled a sound that is refreshingly varied, ranging from infectious, upbeat disco grooves to rich, cinematic soundscapes. Still, their compositions are tied together by an emphasis on memorable melodies, meaningful songwriting and a love for electronic manipulation. Mixed by Grammy Award-winning mix engineer Robert Orton, their second EP Afterglow, which includes the single “Never Gonna Take You Back,” was recorded in their home studio and was released back in August.

The single fits perfectly under the “upbeat disco groove” banner. Far from a cinematic soundscape, it i anchors heavy synths to a funky 70s disco bass and equally dancey guitar line. “Never Gonna Take You Back” is quintessentially neo-disco with an unmistakeable electronic core and the duo teamed up with Noise Coalition to record it for a live session which you can watch below. The sublimely tight performance showcases their musicianship, a quality often overlooked when labeled as a production duo.