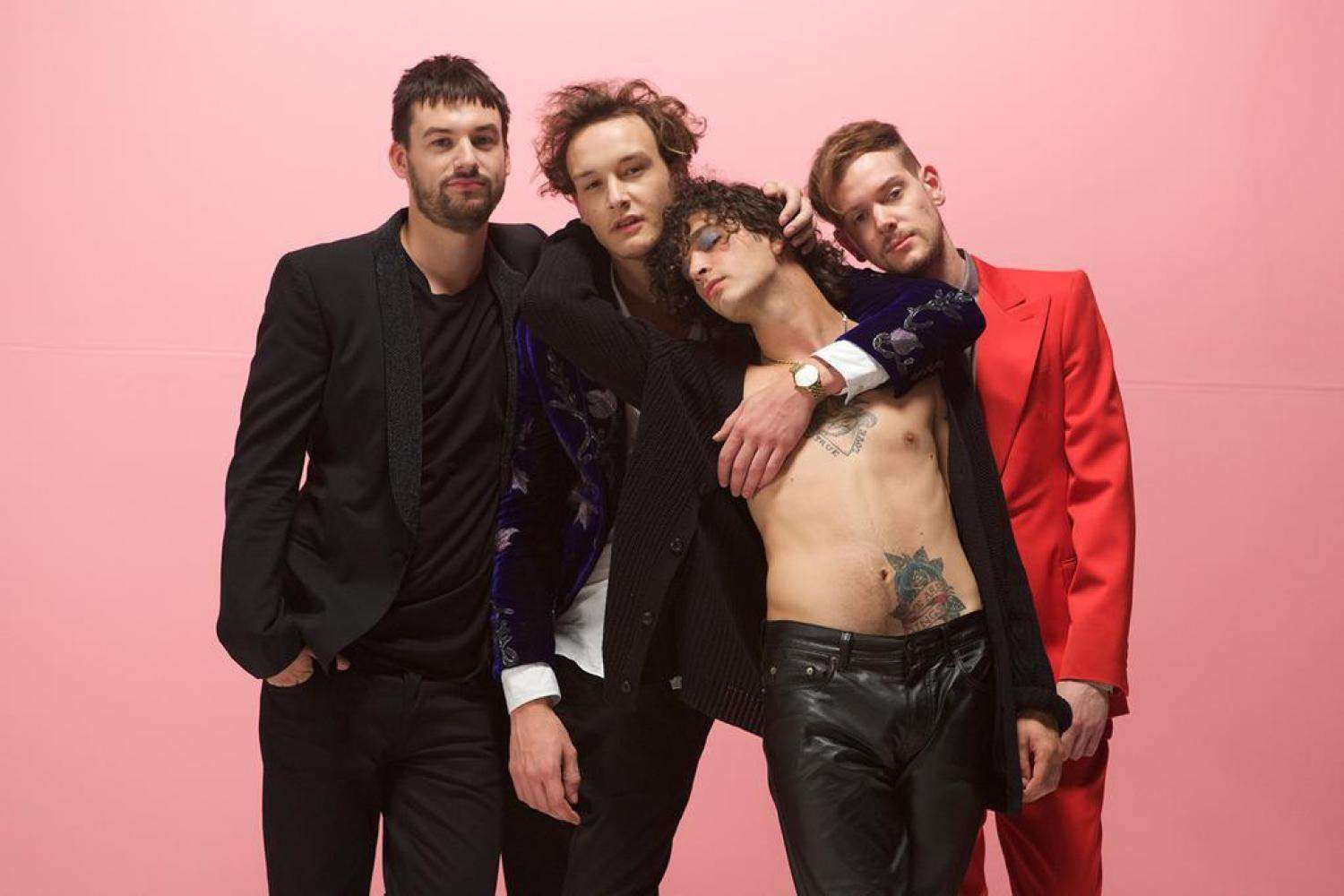 “Next thing you’ll find out you’re reading about yourself on a plane. Fame! What a shame!”

The ever so passionate fan base of The 1975 is finally able to halt its doting on Matty Healy’s curly mane for mere moments with new track “Love Me.” The Manchester rockers have emerged from their hiatus with an entirely new visual and auditory experience that is dramatically unfamiliar to their previous alternative style.

Since the release of their self-titled debut album, the quartet has rapidly swept the world with their drunk-on-stage theatrics and “cheeky” personas. Lead singer and guitarist, Matty Healy, has become his own form of irony. “We are not a pop band,” he notes alongside his bandmates, George Daniel, Adam Hann, and Ross Macdonald, in the 2013 video for “Girls.” For years we were convinced that the dark, rockstar lifestyle was a trademark of the band. Two years later, however, Healy has shed the offbeat, edgy rock star image he bound to oh so tightly, and exposed his feminine touch with an adoration for pop. The 1975 has emerged with fervent eagerness to display the pink, quite literally. Following their social media hiatus in June 2015 that put fans nearly in tears, the fate of The 1975 seemed unsure and problematic. The iconic black and white aesthetic was terminated, and a pink glow began to emanate after a series of agonizing days. The band has become exactly what they didn’t want to be, and it’s working impeccably.

Radio 1 had the honor of introducing the reinvention of the group with “Love Me,” an electro-pop ode to fame and ego. The song channels Prince and ’80s influences that absolutely ooze through the instrumentals and synthetics. An obscure use of a seemingly otherwise unpleasant riffs are blended in a manner that works to perfection. “Love Me” contains numerous aspects that shouldn’t work, but it sure as hell does. Healy approaches singing with a new methodology; his experimentation is genius and utterly impressive. He utilizes his vocals from the highest peak of his range to the lowest point, and tosses in sassy squeals of attitude and play. It is the mesh of sheer talent and cockiness that lets us all fall in love with The 1975 in a way we never could before.

“Love Me” is the first single off of the rockers’ new album I Like It When You Sleep For You Are So Beautiful Yet So Unaware Of It to be released in February 2016. The 17-track compilation will retain the bold and confident essence that is almost too iconic to The 1975 name while integrating quirky, unconventional melodies and eccentric vocals. The leather jackets and Doc Martens are not retired, but are now accompanied by sultry blue velvet and a bright shade of teal eyeshadow.