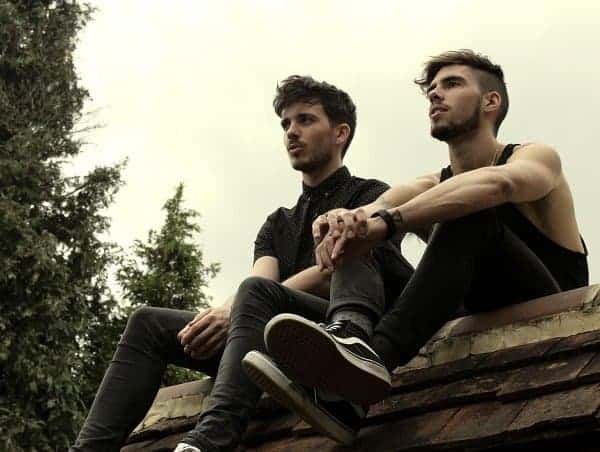 London-based downtempo duo MAJIK arrived on the scene earlier this year with the captivating debut song “It’s Alright.” Now, they’ve given listeners another taste of just what their music entails, releasing new single “Save Me.” With this new tune, the band continues on their path of creating music that is equally smooth and slow as it is catchy. They delve into the rather unappreciated world of electronic-based music that is more atmospheric than it is dance-able.

“Save Me” slowly weaves together different elements into one attention-grabbing finished product. The underlying pulse is irresistible next to the emotive lyrics. The vocals are fittingly low-key – they help ground the song in a feeling of calmness with a gentle tone that is maintained throughout. The repeating “save me from me” line isn’t wrapped up in any sort of drop or key change that you may conventionally expect, but the song is perfectly crafted so that it is still one of the most striking lines. There is a completely seamless listening experience as the song so subtly transitions from one idea to the next, making it a little too easy to keep hitting the repeat button.

So far, MAJIK are proving to be a very promising upcoming act in the world of moody, electronic-infused music. “Save Me” is due out for official release on October 23rd via Akira Records.