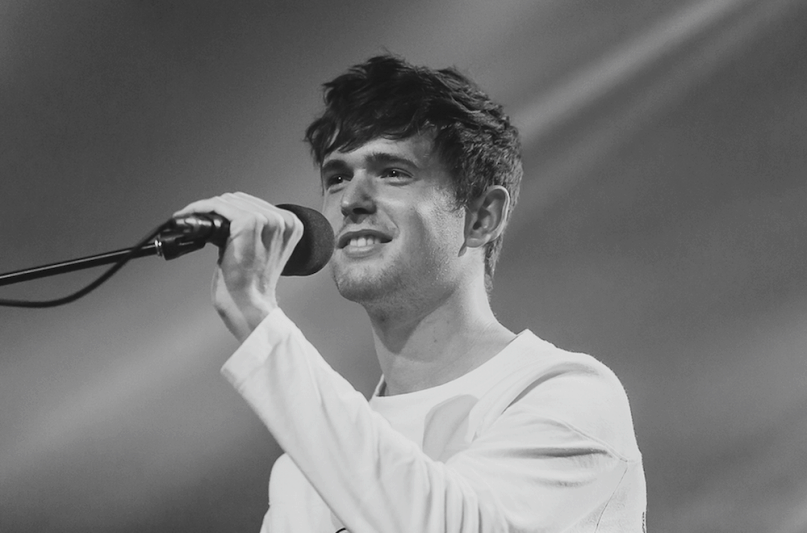 James Blake – The Sound of Silence

“Hello, darkness, my old friend. I’ve come to talk with you again.”

James Blake has put “Sound of Silence,” the Simon & Garfunkel classic, through his electronic filter. The song is newly cryptic and poignant as a result of these intentional variations, and in a way, Blake has rewritten the song without changing a single lyric.

The many differences between Blake’s cover and the original 1964 Simon & Garfunkel track are subtle, and it is necessary to treat a classic this way in order to show humility and respect for the original. Perhaps the most noticeable difference is the sound of rainfall in Blake’s cover, correlating with the line, “but my words like silent raindrops fell,” at which point he pauses and the sound effect crescendos. This adds to the overall mood of the song, which is distinctly haunting and almost threatening in a way that the original is not. The track sounds like a hymn played on Good Friday; it is tender and unsettling and uneasy but still appropriate and natural and compulsory. Blake’s replacement of strings with keys contributes to a suitable air of sadness resonating throughout. In the first verse, where Art Garfunkel whispers and entreats, James Blake is softly intimidating. Blake’s version is ominous when he reminds listeners that “silence like a cancer grows,” while the duo’s is desperate. But Blake’s cover need not be only compared with the original; his variations display his own unique style enough to make the cover respectable in both vocals and arrangement. It stands on its own, separate from the original, by changing just enough.

Upon first listen, the two versions of the song are quite similar, but Blake has his own sound as an artist and producer that he seamlessly added to Simon & Garfunkel’s. Blake’s is an electronic take on a formerly strictly acoustic singer-songwriter track, which is a daunting task but potentially remarkable when done well, which it certainly was. Without completely taking over a classic, he was able to blend the “Sound of Silence” with his own signature sound.