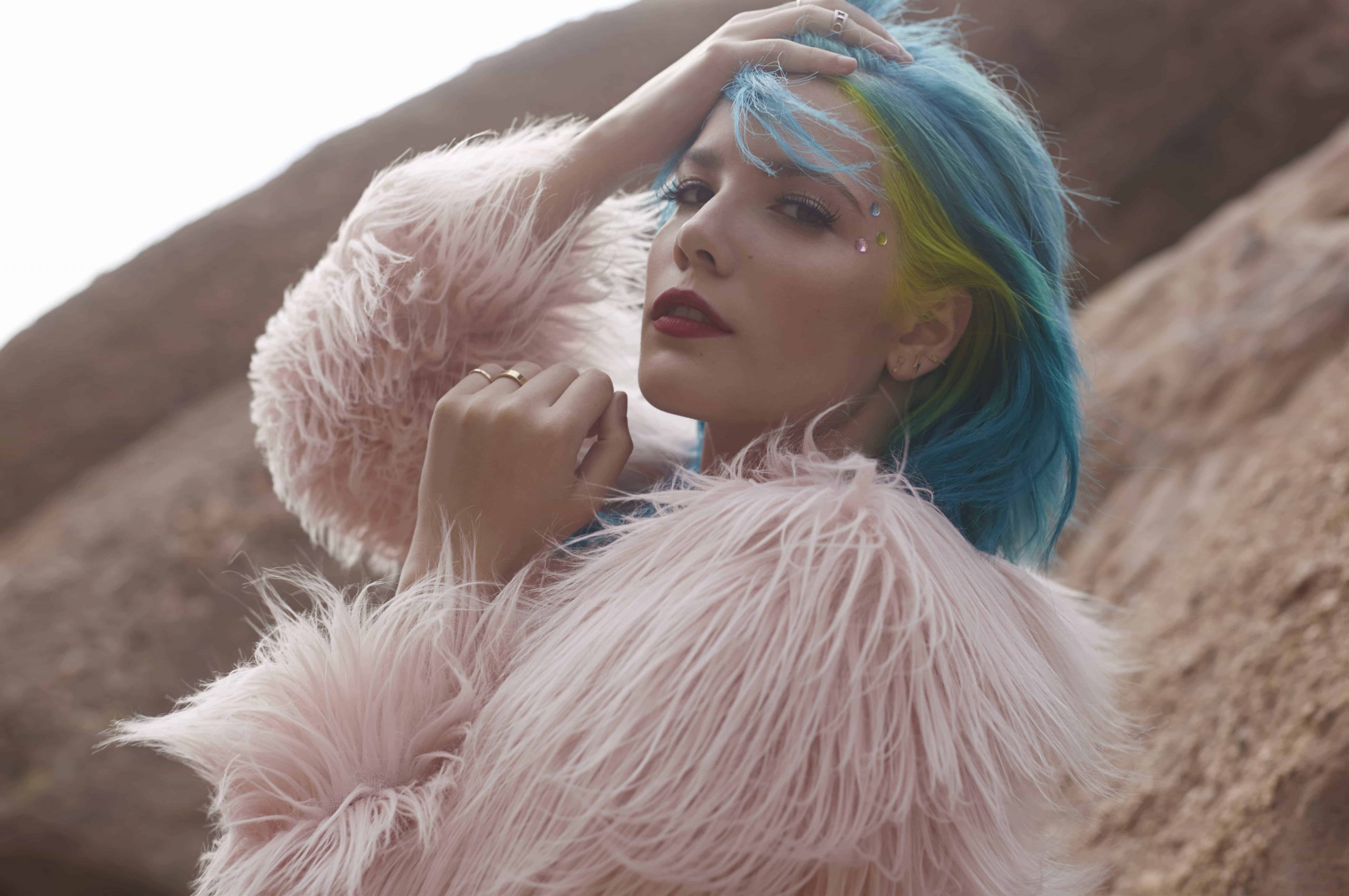 “Survival of the richest, the city’s ours until the fall. They’re Monaco and Hamptons bound but we don’t feel like outsiders at all. We are the New Americana.”

Set in a dystopian world, Ashley Nicolette Frangipane (aka Halsey) reveals her long-awaited video, “New Americana.” Even before the video premiered, fans have been itching with excitement from the 30-second trailer. Now with Halsey’s full video release, we can safely say that it has exceeded all expectations.

Halsey opens up the video with a chilling narrative about being elected a leader even when she never asked to be one. It then proceeds through a series of events, living in a post-apocalyptic land. Fans have been making myriad remarks on how the video eerily resembles something of both the “Divergent” and “The Hunger Games” series. It’s without a doubt that the video is captivating and theatrically shot, showing viewers what the message of the song is about: A growing, revolutionary generation; however, it also sounds like she is referencing herself in the track. Halsey is known as a queen in Tumblr’s eyes, and now with the rise of her musical career, the opening dialogue of the video and first verse of her song make complete sense. Although the lyrics are simple and the chorus is sung at a steady chant, the song as a whole is powerful. She tackles other topics such as sexual identity and being confident in the person you are, which are hot-button topics in the media. Halsey is pushing the limits despite what anyone says, and that’s what makes her such a badass. It’s no wonder that Tumblr—and now the rest of the musical world—hails to her queenship.

Even with her rising fame, she still remains gracious and humble, and doesn’t forget her roots. She pays tribute to her parents in the line “Raised on Biggie and Nirvana.” According to an interview with MTV, Halsey shares, “I come from a mixed race family—my dad’s black and my mom’s white—so growing up my dad was listening to a ton of old school rap and my mom was listening to a ton of 90’s grunge. So I was fortunate that my parents were rockin’ MTV when I was an infant.”

It’s obvious that there is a lot of symbolism in the video—just listen carefully to her lyrics and connect it to the video. It all ties in together, and it’s blowing our minds. As Halsey sticks it to “the man” and turns heads with this inspiring track and fire video, we know that her future is nothing but bright from here.